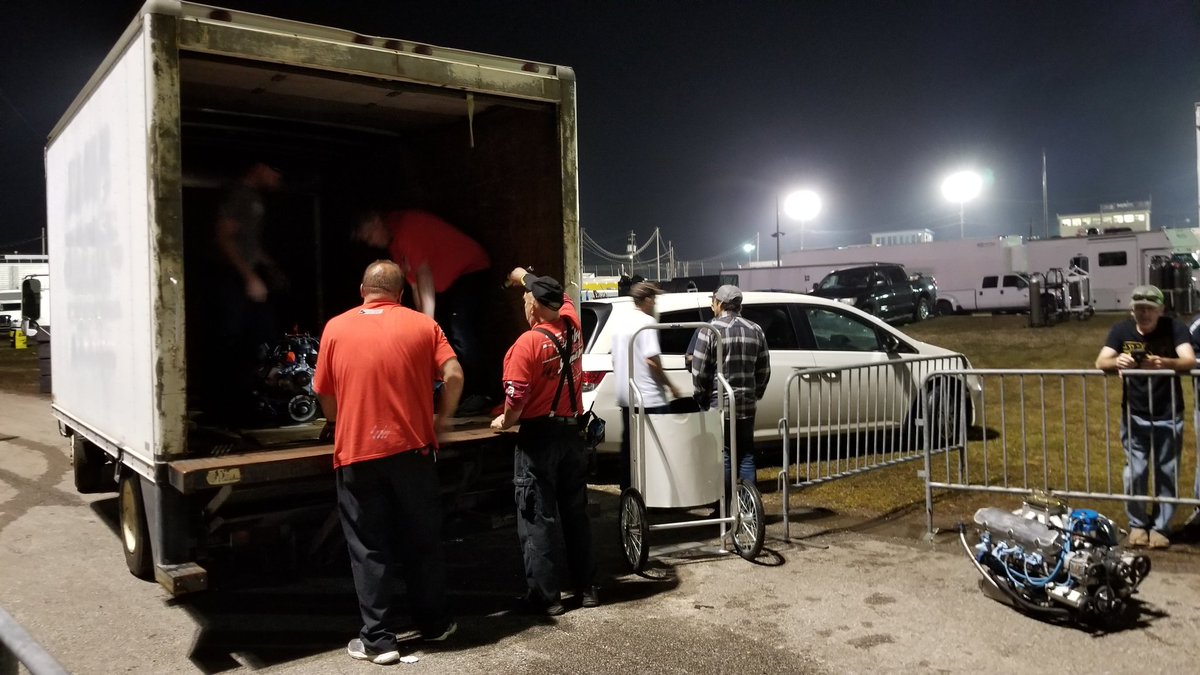 The group of promoters and technical officials that comprise a majority of Super Late Model sanctioning bodies across the country revealed changes to the balance of performance for sealed engines effective immediately.

The decision comes after multiple efforts of dyno testing, including the use of restrictors on the Dyno.

S.E.A.L. officials met on Tuesday with representatives from Hamner, McGunegill and Progressive, as well as RW Race Engines representing the Parts Engine builders.

After a 3 1/2-hour meeting, the parties settled on a 1.350″ restrictor to put the Hamner back in line with the other engine packages.

Brooks says there was no single change that led to the slight increase in performance by the Hamner, but rather small changes necessitated by changes in parts built by suppliers.

That required officials to take what they called “a small action” to ensure that everyone is on an even playing field.

“You really won’t see much change on the race track,” Brooks said in a S.E.A.L. press release “Most of the race tracks we go to, the teams have more power than they can use, but it’s when we get to the bigger tracks that the restrictor will put the useful performance back in the range of the others.”

For teams out west, where all engines are already on a 1.200″ restrictor, the Hamner will utilize a 1.150″ restrictor. The ARCA Midwest Tour, which utilizes a two-barrel carburetor, will announce its plans accordingly at a later date.

For events that he oversees, Brooks announced that teams utilizing a Hamner Sealed engine will be required to use the restrictor immediately, including this weekend’s Southern Super Series opener at South Alabama Speedway.

The rule will go into effect for the CARS Tour following their next event at Hickory Motor Speedway on March 23. The restrictor rule for the Hamner will begin for CRA at the CRA Super Series opener at Anderson Speedway on April 13.

At least within the social media sphere, driver and crew reaction to the change has been met with some degree of hostility.

Donnie Wilson, the 2016 Southern Super Series champion, posted to his Facebook page that the rule change was going to result in him boycotting this weekend’s Rattler 250 at South Alabama Speedway — the SSS season-opening event.

“The (Approved Body Committee) and Sealed Engine Alliance leaders are turning Super Late Model racing into crate racing,” he wrote. “All of these engine builders are winning races every year but all of a sudden making one engine builder run restrictors, w(h)ich in my opinion is totally BS.

“Four different engine combos can’t make the the same HP and torque. We all know that. But at the end of the day all of them are winning races and they want to handicap one of them. This is unacceptable in my book maybe the other (three) engine builders should work harder on their product. My 2 cents.”

It’s worth noting that Wilson is a long-time critic of the ABC Committee, which regulates bodies for a majority of the Super Late Model races across the country, which is spearheaded by many of the same S.E.A.L. leaders.

“Excuse my ignorance if I’m way off as I am not an engine guy by any means, but isn’t the point of the sealed engine program (MEP, Hamner, etc.) to have the engines be equal and prevent the builders from working on them and keep from driving the cost up?”

Midwestern driver Nick Murgic feels like he has an equal understanding of why this change was made.

“I have a Hamner and can shed a little insight on the situation. I don’t have all the info(rmation) but a few years ago, they had cast intakes. As the years went by, they updated out of necessity due to the manufacturer not producing the original part.

“They now have a CNC ported intake that, no doubt, makes more power that originally intended by the S.E.A.L. committee. There may be more parts like that, but they are probably negligible in the power department. I bet if the other manufacturers could bolt a CNC’d intake on their motors they’d be more than happy to, but this methodology of leveling the playing field makes the most sense economically speaking.”

And then there’s the always polarizing Stephen Nasse.

“So you’re saying the other three engine builders should cheat like Hamner did to get more power?? It’s simple. They all definitely do it, but the point is of it being LEGAL, 18hp is a ton.

“You and I both know that and to say that (it) hasn’t helped every Hamner motor win the races it has over the past two years is silly. Cheaters get tossed. It’s as simple as that and that’s what they are doing.”

The results of the engine teardowns have not been made public, although all four manufacturers know what each other’s dyno numbers were.

“So (you’re) saying Jeff and his guys just do a better job at doing their jobs than the other guys? Maybe the other should get to work on their motors instead of handicapping the people who worked and found more power out of legal parts. There’s a reason a Hamner has been in every car I’ve ever worked on.”

The Rattler 250 is upcoming this weekend, and the newfound engine debate may bleed over into the storylines of that event.