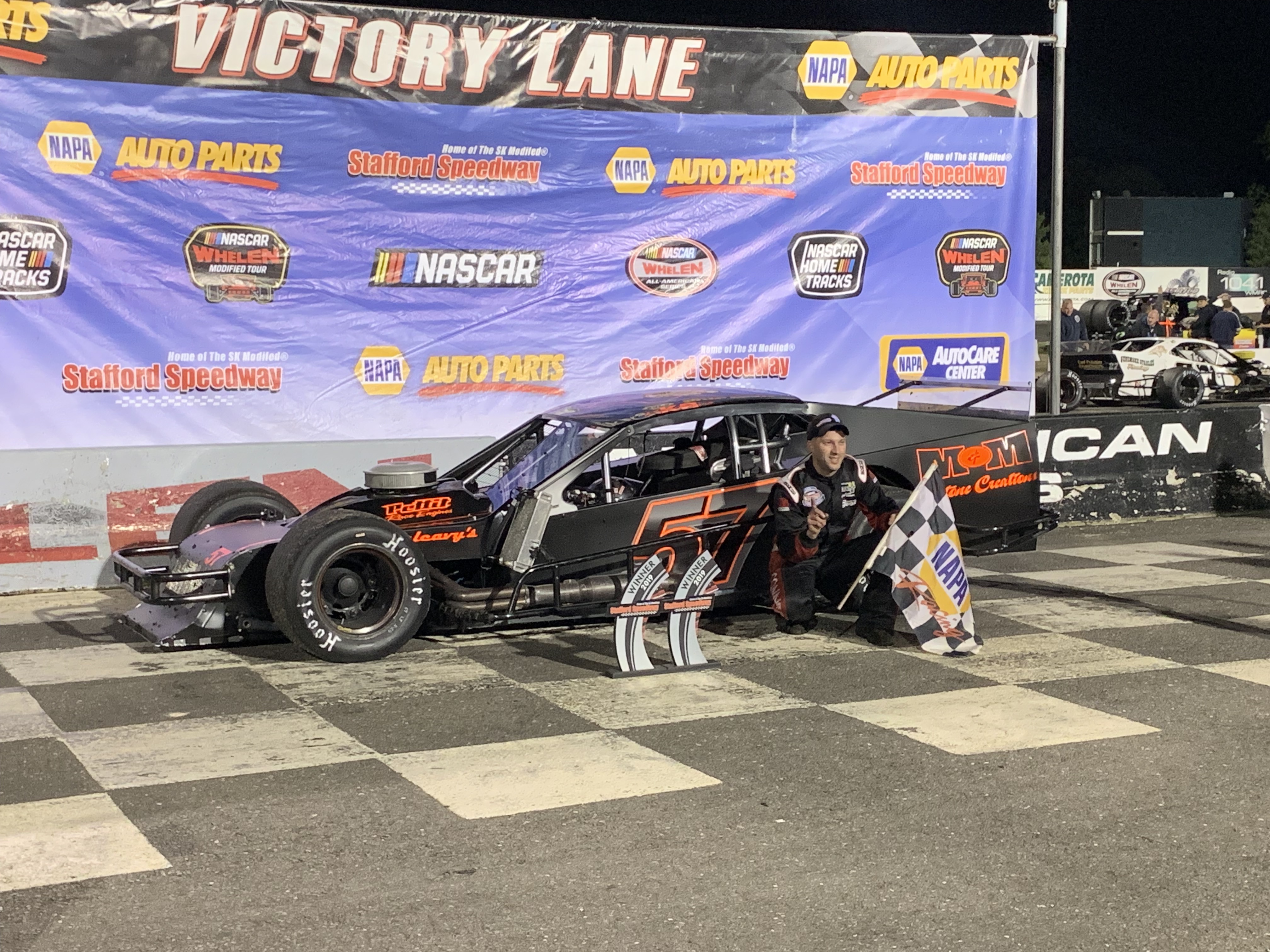 After Keith Rocco got the boot on the last lap of last Sunday’s SK feature at Thompson, he was not going to be denied at Stafford.

On Friday night, Rocco took the win in the first Open Modified 80 of the 2019 racing season. It was perhaps the best kind of medicine for Rocco, who had been feeling under the weather coming into tonight’s race.

“Been sick the last couple days, and really don’t feel like doing anything, never mind trying to finish a new car,” Rocco said. “Everybody showed up [to the race shop] last night. I think we had 12 people working on it.”

Owen started from the outside pole and led the first lap. Despite challenges from Rocco, Owen was able to pull away from the field on the opening green-flag run, which was cut short when Marcello Rufrano had his engine let go on lap 20.

On the restart, Rocco continued to dog Owen, and was able to get by him on lap 25. The race was slowed again when Sal Accardi spun in turn two on lap 36.

Rocco lost the lead when the field came down to pit, but quickly got it back once the race went back to green. Despite facing challenges from Owen and Goodale, Rocco held firm at the front of the field for the rest of the going.

“It was fun,” said Rocco of the battle with Goodale. “He ran me clean and we were able to run side-by-side and fight back on the top, which is a lot of fun for me.”

The race was one that seemed to be in Rocco’s control throughout its entirety.

The full results can be found below.