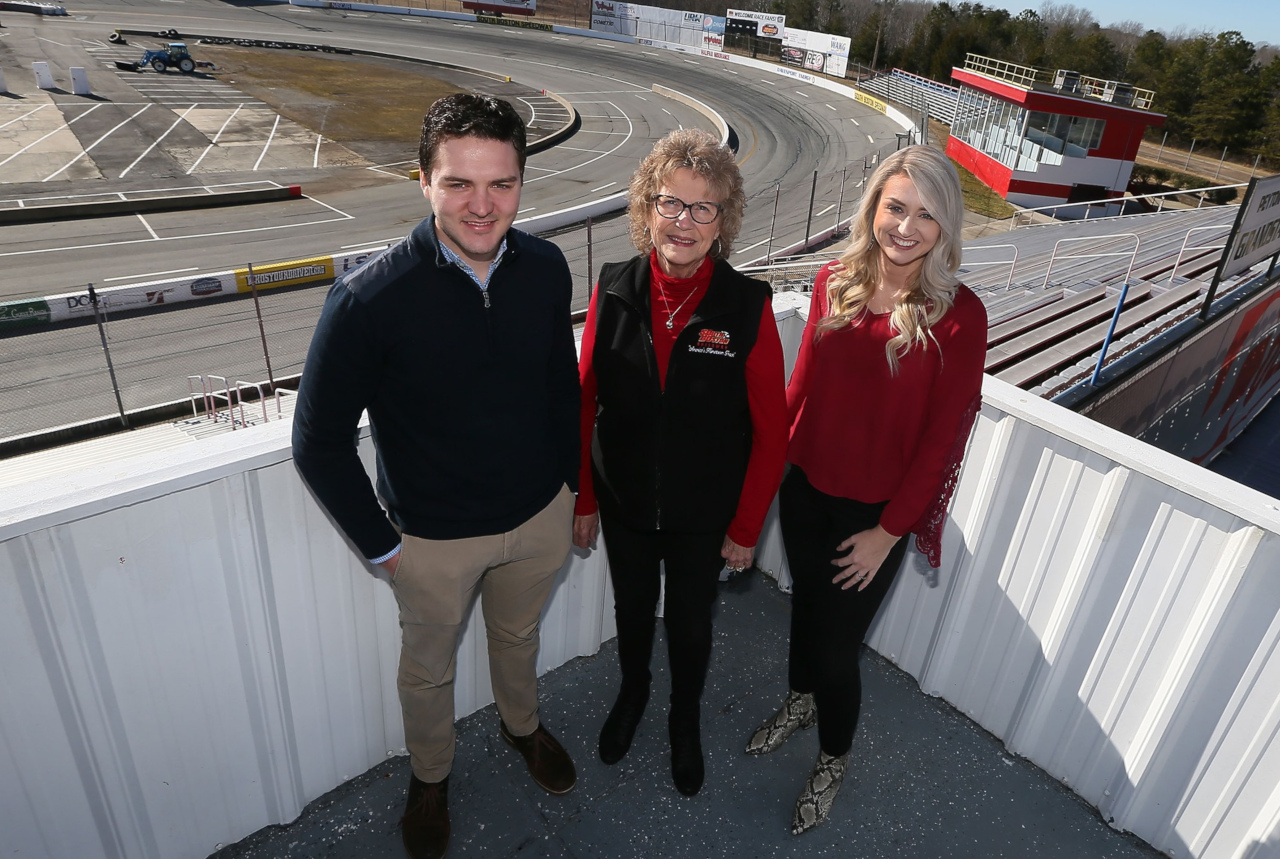 South Boston Speedway announced on Monday afternoon that Chase Brashears would replace Cathy Rice as the general manager of the track beginning in 2022, with his wife Carly Brashears overseeing marketing, promotions and administrative functions.

Chase and Carly will work alongside Rice as the assistant general manager and assistant office manager respectively before she retires at the end of the year, with Chase adding that he is looking forward to carrying on the proud traditions at South Boston and continuing the growth of the facility.

Born in Whitesburg, Kentucky, Chase graduated from East Tennessee State in 2017 and was quickly brought in by NASCAR to work in public relations and marketing. Among the tracks that Chase has worked at during the past several years include Lonesome Pine Raceway, Kingsport Speedway and Bristol Motor Speedway.

In 2019, Chase was moved to NASCAR’s competition division and became one of the sanctioning body’s three national series race directors. Chase would make history only a few months into his position when he became the youngest person in NASCAR history to direct a national series race at the age of 23, which took place at Michigan International Speedway.

Carly joins her husband Chase at South Boston after spending the last two years as a member of NASCAR’s event marketing team, where she specialized in assisting tracks with promoting their weekend events and helped organize driver appearances, pre-race festivities and victory lane celebrations.

Carly would later accept a position as a coordinator for The NASCAR Foundation and was responsible for directing the organization’s relaunch of their grassroots racing initiatives. Carly also assisted in several NASCAR Foundation marketing projects and events like outreach initiatives, social media takeovers and brand management.

Carly admitted that she and Chase have a lot to learn when it comes to managing the day-to-day operations at South Boston, but she is ready to embrace the challenge and is confident that the facility will have many more great seasons under their direction.

“This opportunity came knocking at a perfect time,” Carly said. “We’ve been involved in racing for a number of years. It’s in our blood, and we’ve always wanted to get back where it all began. We felt very fortunate and we really thought we could come to the table, bring a lot of ideas and hopefully watch this track continue to grow and live its legacy.”
South Boston CEO Nick Igdalsky said that the background Chase and Carly possessed made them ideal candidates to replace Rice as the track moves forward from a lost season due to the COVID-19 pandemic, and has no worries about the long-term sustainability of the facility with the duo assuming leadership roles.
“It is rare to find just one person with the experience, reputation and passion needed to oversee a historic racing venue like South Boston Speedway,” Igdalsky said. “Both Chase and Carly bring with them a tremendous level of racing knowledge and experience from their previous positions with NASCAR and with several nationally known short tracks. The future of South Boston Speedway looks as bright as ever, and I am excited to see how Chase and Carly’s vision takes shape over the next few years.”
Both Carly and Chase said that working alongside Rice during her final year as South Boston’s general manager will make the transition process easier for everyone involved. They intend to use Rice’s knowledge and experience to help get in touch with drivers, crew members, fans and employees at South Boston so they can get a better idea on how to make improvements going forward.
Carly said that being in-touch with the local community is an important part towards ensuring a solid future for any short track, adding that she and Chase are already brainstorming ways they can bring more fans to South Boston for weekly events, such as catering to families and getting young children connected with the sport.
“We have some ideas swirling around in our heads to make it fun for all of the families, maybe getting kids involved in extra things,” Carly said. “I come from a place where I like to do as much youth activation as possible. They are our next generation of race fans, and we want to get them involved in racing. It’s all about the fans and the community.”
Chase knows that it will not be an easy task replacing Rice as the general manager of South Boston, but he expressed his gratitude towards everyone involved with the track for providing him and Carly the opportunity to fortify the track’s strong foundations as it heads into the rest of the 2020s.
“Cathy Rice, Nick Igdalsky and the entire Pocono Raceway family have done a tremendous job here,” Chase said. “It’s something that we’re going to continue to build on in the future. We want to take this place and continue to grow it, grow with the community and continue to have a successful program and events.”
Chase and Carly will officially work their first race at South Boston alongside Rice on March 20 when the track hosts twin, 75-lap Late Model events along with Limited Late Model, Pure Stock and Hornets features.
Photo by South Boston Speedway