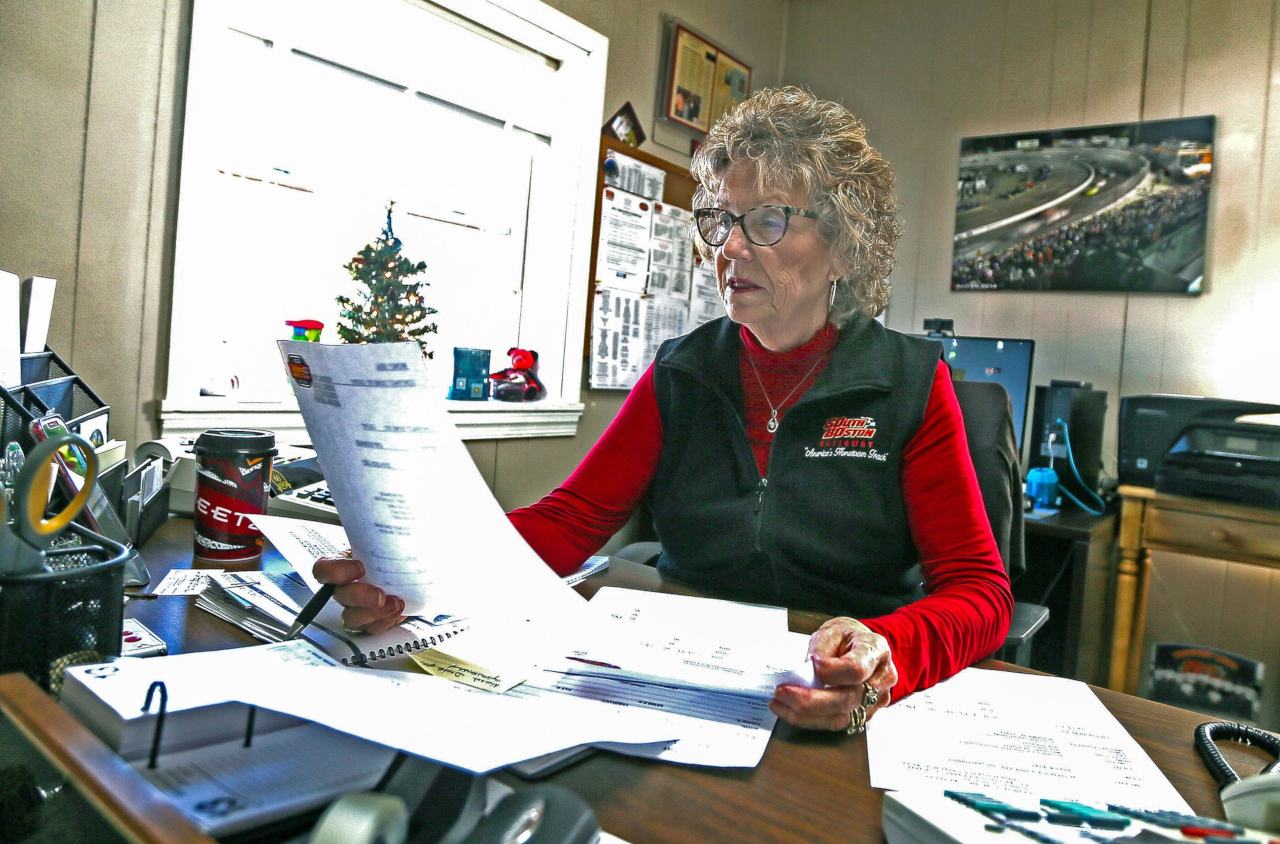 Long-time South Boston Speedway general manager Cathy Rice announced on Monday morning that the 2021 season would be her last as a full-time employee at the facility.

Rice intends to maintain an active presence at South Boston once her duties as general manager come to an end, but she believed that it was time for her to do something different with her life.

Rice’s involvement with auto racing began back in 1972 when she married mechanic and crew chief Allen Rice. She would later go on to become a co-owner and crew member in the Late Model Sportsman Division and worked alongside several NASCAR drivers during the 1980s that included Elliott and Hermie Sadler, along with Jeff Burton.

When Rice began working at South Boston during the 1990s, she served in a variety of roles that included secretary, scorer, and promoter before becoming the second woman to serve as a general manager at a NASCAR-sanctioned speedway when the Mattioli Family purchased South Boston in 2000.

Rice understood the importance of her position at a time when South Boston still regularly hosted races for numerous sanctioning bodies alongside its weekly events, but she always felt respected by those around her and has been thrilled to see more women take up active roles in NASCAR over the last two decades.

“People have asked me how I feel being a woman in the position I am in,” Rice said. “Being a female in a male-dominated sport didn’t make me feel any different. I didn’t feel any pressure. I feel the competitors respected me as well as I respected them. Today, the situation is different. There are a lot more women involved in the sport, and they are involved in many different ways.”

During Rice’s tenure, South Boston has remained one of the most successful short tracks on the East Coast that has attracted competitors such as former NASCAR Advance Auto Parts Weekly Series champions such as Lee Pulliam and Philip Morris. The track continues to host major events like the season-finale for the Solid Rock Carriers CARS Tour and the first leg of the Virginia Late Model Triple Crown in the Thunder Road Harley-Davidson 200.

Rice’s commitment towards improving the day-to-day operations at South Boston has garnered recognition from NASCAR, which named her a recipient of the Team Player Award twice. She also received the Old Timers Racing Club Promotor of the Year Award in 2013.

South Boston CEO Nick Igdalsky considers Rice to be the main reason as to why the track has been so successful during the 21st century and knows that her impact on everyone at the facility will continue to be witnessed even after she steps away from the general manager position.

“No one has fought, advocated, promoted or has been more passionate about South Boston Speedway over the past 30-plus years than Cathy Rice,” Igdalsky said.  “She has put so much care, effort and passion into her work at SoBo that we often joke that the track is her third child. Her daily presence will be missed by all who frequent the speedway, but her legacy will be passed on as Cathy will personally train her replacement this entire season.”

Rice wanted to notify Igdalsky of her decision a year in advance so that the two could properly train a new general manger on how to conduct operations during the season and in the winter months, but she has confidence that her replacement will continue to uphold the positive values of South Boston as it rebounds from a lost season brought on by the COVID-19 pandemic.

As Rice prepares for one last season as South Boston’s general manager, she knows there will be plenty of emotions expressed by drivers and her co-workers, but she credits everyone at the speedway for their hard work and dedication towards making South Boston a great location for short track racing during her career.

“You will never find anybody to work for as good as the Mattioli Family and Nick and his family,” Rice said. “That is one thing that makes this really hard. When you come to work here you are like a family. We are family oriented. We have fun at what we do, and we get the job done. There is no way I could do this by myself, and I thank everybody on the speedway staff over the past and present years for their hard work and dedication to the speedway.”

The first race of Rice’s last season at South Boston will take place on March 20 as the track holds twin 75-lap Late Model races alongside the Limited, Pure Stock and Hornets divisions.