Opinion: While not a short track, New Hampshire’s heart beats like one 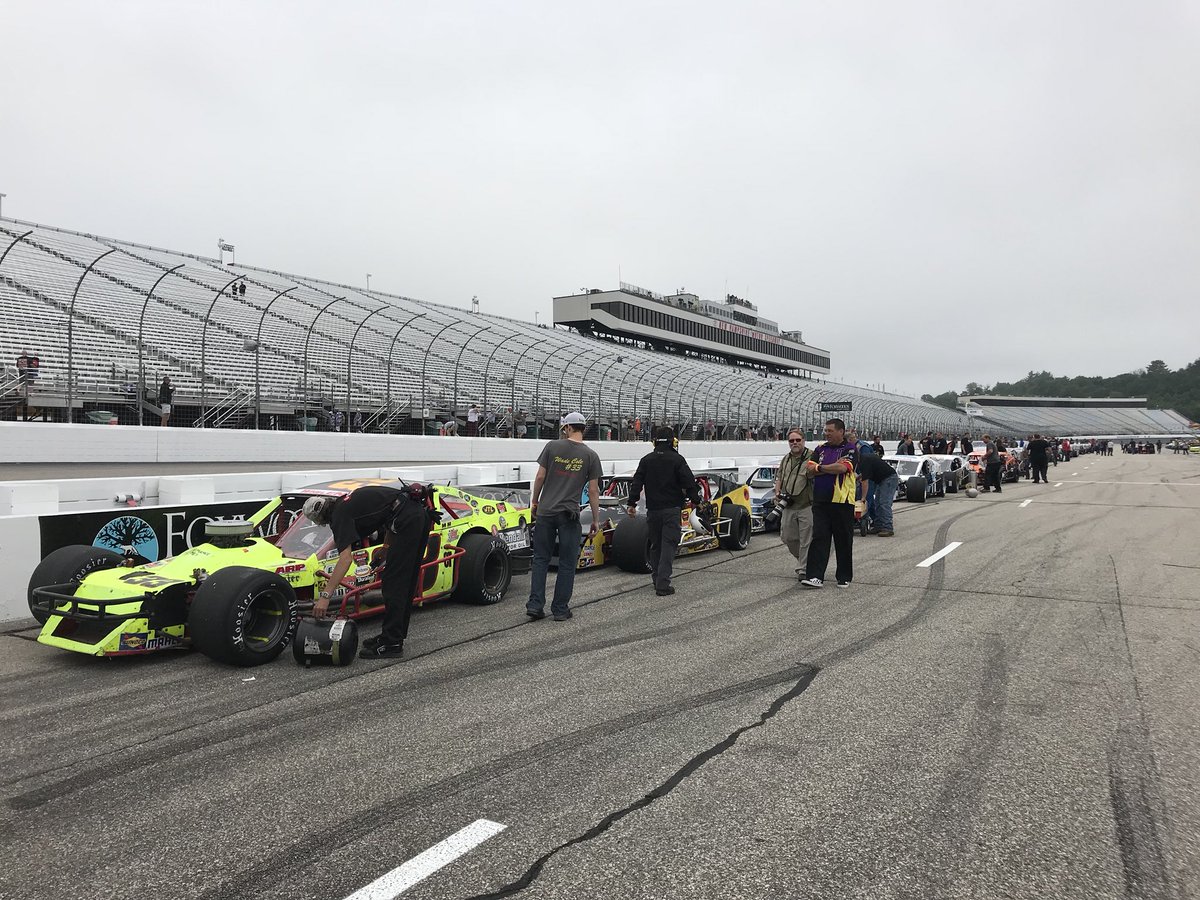 Throughout last weekend’s NASCAR event at New Hampshire Motor Speedway, the topic of how to classify the one-mile oval became the subject of frequent discussion.

Amid a surge of interest in short track racing within NASCAR’s highest levels, some seemed all too eager to brand the speedway as a short track. Drivers and crew members sided with semantics, pointing out that the cars and setup packages favored for NHMS match those of a typical short track. Promoters and executives, meanwhile, seemed to favor a more relative definition of the term, including ISM Raceway and NHMS with the immediately-recognizable short tracks on the schedule.

While NHMS may not meet the purist’s definition of a short track, there may be no other track on NASCAR’s Cup Series schedule that has the direct impact in short track racing that NHMS has. Not only is the track a fixture on regional racing schedules, but it has paved a path to the spotlight for many of the region’s emerging racing stars.

When Bob Bahre broke ground for the construction of a track in 1989, he planned for the track to attract national-level motorsports, even if no such events had been guaranteed. New Hampshire International Speedway would be larger than any paved oval in New England, and larger than any track closer than Pennsylvania’s Pocono Raceway.

But at just over a mile in length, the new track was still a suitable scale for NASCAR’s regional divisions. The first NASCAR-sanctioned race at the track was a Busch Series combination race with the regional Busch North Series, pitting the predominantly-Southeast Busch drivers against New England’s top touring stars. The Busch North Series had run combination races with the Busch Series since its inception in 1987, including events at mile-long Nazareth Speedway and Dover Downs. But in New Hampshire International Speedway, the series had a big track in its own backyard.

NHIS became the de facto home track for the Busch North Series, hosting the Busch combination race through 1995 as well as multiple standalone dates each year. For several years, the series ran four races a year in Loudon, enough for the track to establish its own championship and points fund. The opportunity to compete on New England’s biggest stage was not lost on the competitors. Fifty- and sixty-car entry lists were common, with last-chance qualifiers pitting as many as twenty cars against each other for a few starting positions.

NASCAR’s Modified Tour emerged as the constant companion of the Busch North Series, running its first race in September 1990 in a doubleheader format. The ground-pounding open-wheel cars stuck like glue to NHIS’ flat turns, and with restrictor plates added to limit straightaway speeds, the drivers discovered they could draft superspeedway-style down the long straights. The result was a special brand of pack racing, with ten or twelve cars locked bumper-to-bumper shoving each other down the straight before negotiating the turns. The Modified Tour quickly became the show to see, often overshadowing the weekend’s featured divisions.

And while the Busch North Series and Modified Tour fit the role of support divisions to a tee, the two series were capable as featured attractions as well. The Busch North-Modified doubleheader weekends in the spring and early fall drew upwards of ten thousand fans to the Magic Mile.

The Busch North Series’ transition to the East Series, and the shift of the series’ base away from New England, brought an end to the deep fields and the track championship. The sale of the track to Speedway Motorsports in 2008 brought concern that the newly-named New Hampshire Motor Speedway might not be as friendly to the short track community as it had been.

Those concerns were quickly silenced with the addition of the American-Canadian Tour to the 2009 schedule. The Vermont-based Late Model sanctioning body made its NHMS debut in that year’s fall tripleheader with the ACT Invitational, an all-star race featuring the top drivers from the ACT’s touring ranks and weekly tracks. Eddie MacDonald won the inaugural race, a feat he would achieve four more times in the Invitational’s nine-year run. The ACT also sanctioned a points-paying Tour race at NHMS in 2011, run in support of the visiting IndyCar Series.

Not to be outdone, Maine’s Pro All Stars Series brought Super Late Model competition to NHMS for the first time in 2015. Promoted as a PASS National Championship event, the standalone date also featured the North East Mini Stock Tour and a street stock race alongside the 60-lap SLM showdown. While the race weekend ran without a hitch, PASS opted to treat the NHMS visit as a one-and-done.

With NHMS losing a Cup Series date in 2018, the track went back to its short track roots to create a replacement weekend for the schedule. September’s Full Throttle Fall Weekend is centered around the Musket 250, the longest scheduled race in Whelen Modified Tour history. The K&N Pro Series East joins the Modifieds once again, with the NASCAR Pinty’s Series rounding out the tripleheader in its first race outside of Canada. The NASCAR-backed weekend will be the second event of the year where short-track series reign supreme on the speedway.

And therein lies the difference between New Hampshire Motor Speedway and most of the other tracks on NASCAR’s premier series schedule. By design, few tracks at the upper echelon of racing are able to contribute directly to the regional racing infrastructure. The short-lived attempt to do so at Daytona International Speedway was met with ample criticism. The shorter tracks on the schedule have had considerably better success; Martinsville Speedway hosts the annual ValleyStar 300 for Late Model Stock Cars, Richmond Raceway will welcome the PASS Commonwealth Classic in October, and ISM Raceway has hosted a mix of local racing from the K&N Pro Series West to USAC competition.

But NHMS embraces its short track heritage to the core. Series that make their home on the short tracks of New England are not only integrated into the big-ticket touring weekends, but are welcomed for their own featured events. For some series, the path to a championship passes through Loudon, New Hampshire.

For the drivers whose careers are defined by their local successes, racing at Loudon is akin to racing at Daytona, and a trophy is often viewed the same way. For those whose aspirations reach toward motorsports’ national stages, NHMS grants them the most visible stage in the region, surrounded by the watchful eyes of televised audiences and big-league team owners. Drivers like Ricky Craven, Steve Park and Martin Truex, Jr. parlayed their Loudon successes into NASCAR careers. Drivers like Ryan Preece strive to do so today.

New Hampshire Motor Speedway may not be a short track, but it absolutely has the heart of one.

Commentary: “Nothing wrong with being a NWMT guy”
Opinion: Fans need to appreciate what Doug Coby has done