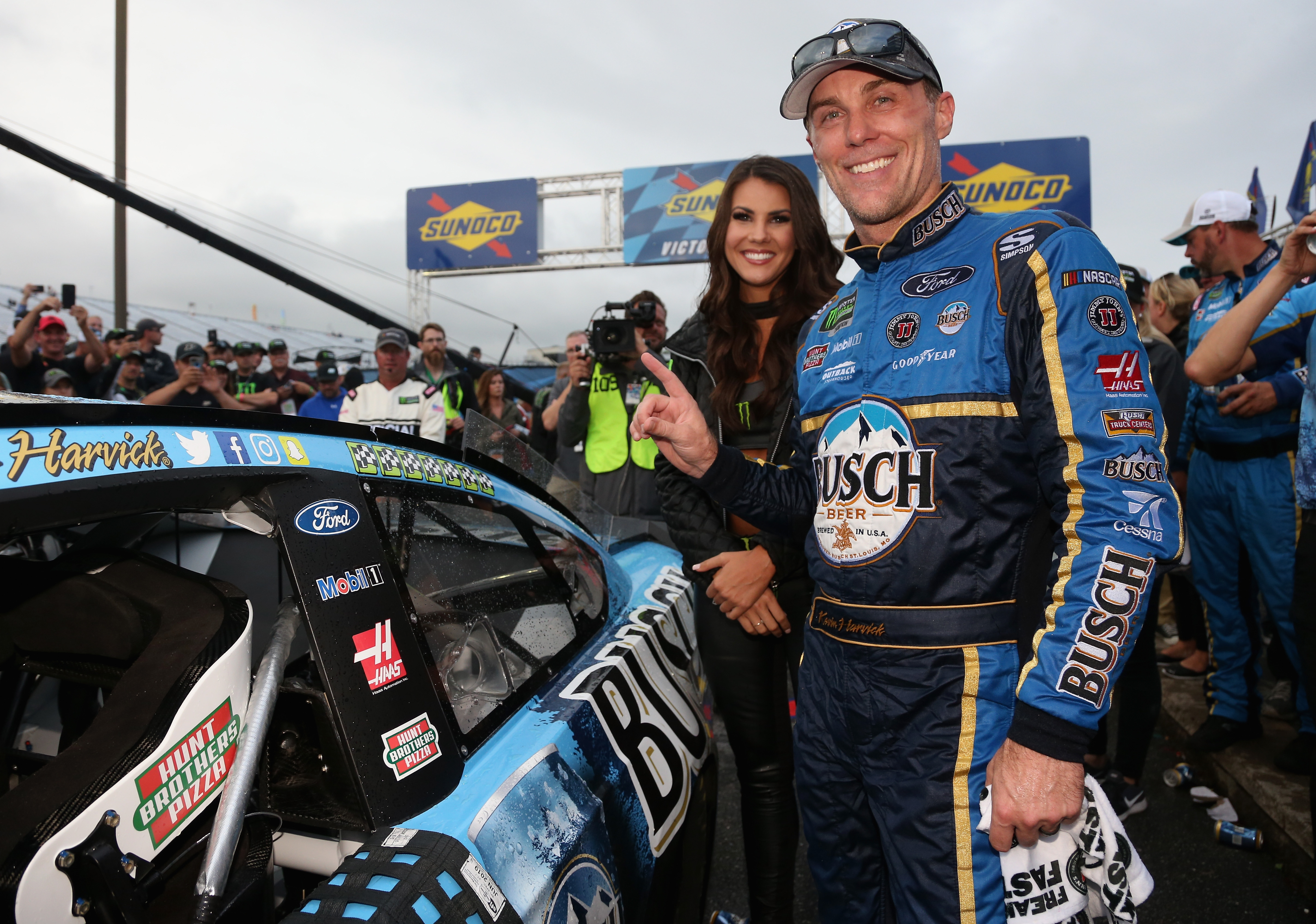 The Monster Energy NASCAR Cup Series weekend in the Granite State allowed Kevin Harvick to reconnect with a fanbase that he has been quick to embrace over the past several months.

The 2014 Cup Series champion has sponsored the Stafford Motor Speedway SK Modified division this season through his KHI Management firm, while also teasing a match race against Kyle Busch at some point this season.

Whether the latter happens or not remains to be seen, but Harvick has endeared himself to those who swear by the Grace of God and 600 horsepower.

Meanwhile, it was fellow Cup Series driver Ryan Newman that actually participated in the Modified Tour race this weekend, something he has traditionally done on New Hampshire Motor Speedway weekends, even if his primary goal isn’t to aid grassroots racing.

“I don’t get in the race car and put my helmet on because I feel the responsibility to grassroots racing, but I want to know that I’m doing my best and it makes a difference for grassroots racing,” Newman said. “That makes me feel a little bit better, but it’s not my goal. My goal is to win.”

But Harvick claims to have a more altruistic stance behind his participation.

“I feel like we can help,” Harvick said after winning the Foxwoods Resort Casino 301. “I feel like it is everybody’s responsibility to a certain degree to try to help the grassroots. I’m talking NASCAR itself all the way up to drivers.

“Look, none of us have the time to dedicate an abundance of time to the things we do.  But we all have a great pedestal to stand on and beat our chest and talk about things.”

Harvick says everyone needs to collectively come together to give short track racing a platform.

“It’s not his responsibility. It’s not my responsibility. It’s something that we all should wrap our arms around to try to help make it healthier because I believe that’s where a lot of our hardcore fans are and have gone,” Harvick said. “The healthier the short track stuff is, the better off we all are going to be.”

Harvick said he has enjoyed being a small part of the Stafford SK division this season.

“Those guys, they’re up there racing every week for every dollar that they can get,” he said. “Just to be a small part of it…

“Really it’s all about bringing attention to the guys and gals and racetracks and people that need the support from this level. It’s not just me. There’s a lot of guys that do different things, whether it’s supporting them and drawing attention or going racing or sponsoring cars, owning teams, whether it’s Sprint Cars, Late Models.”

Ultimately, Harvick says he just wants to make sure he can contribute to making sure fans are aware of what happens at the grassroots levels — learning their stories and following their exploits.

“The more you hear about it, the more attention it brings, the more excitement it brings,” Harvick said. “That’s what we need from that level. When you see the Modified race up here, you realize that’s usually probably the best show of the weekend.  It was right there at it again this week.”