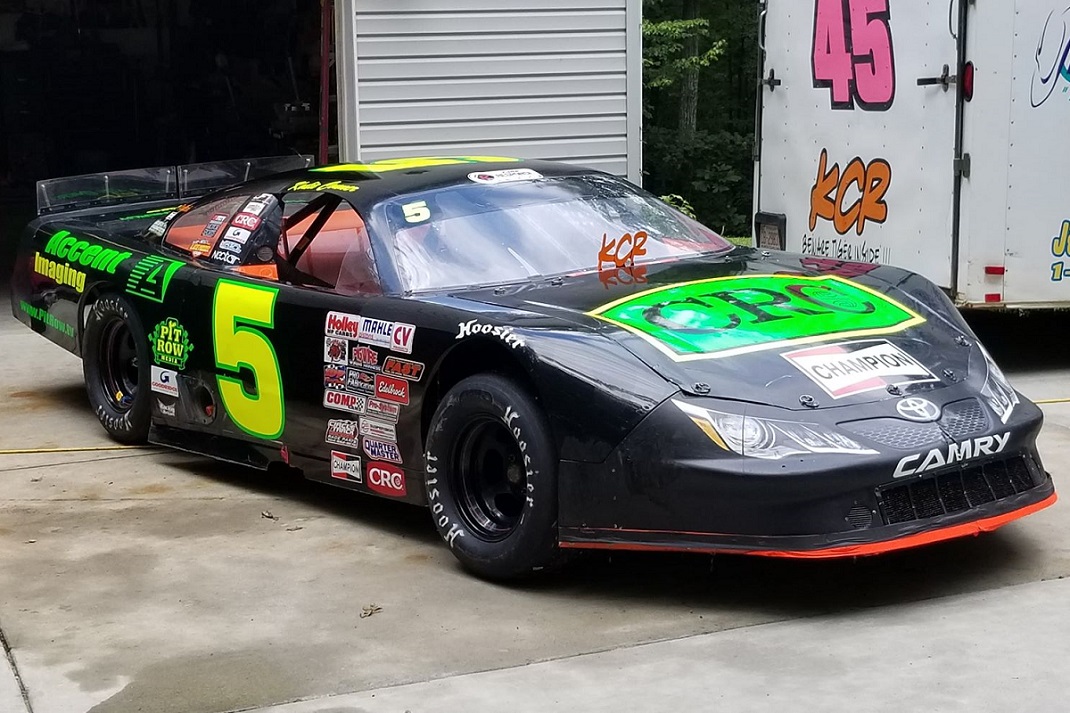 Kodie Conner will honor a short track guy with his throwback paint scheme during the CARS Tour Throwback 276 this weekend at Hickory Motor Speedway.

Specifically, he will fly the colors of Hooters Pro Cup champion Bobby Gill.

Conner’s Super Late Model will be wrapped similar to the car campaigned by four-time Pro Cup champion Bobby Gill during the early 2000s. The wrap was made possible by a partnership with Tony Stevens and Pit Row Media, the live streaming partner of the CARS Tour.

Gill was the face of Pro Cup for quite some time, winning 46 times in 192 starts in a 10-year period. His 46 wins is the most in series history, 10 more than five-time Pro Cup champion Clay Rogers. He also holds the record for most top-five finishes in Pro Cup history with 113.

Gill made his last Pro Cup start in 2009, six years before the series was rebranded as the CARS Tour.

In addition to his success in Pro Cup and short-track competition, Gill also made 16 NASCAR Camping World Truck Series starts, earning four top-10 finishes in 1996. He also competed in the All Pro Series, winning 10 races in the early ’90s.

Gill, 59, is still involved in motorsports and currently works for MDM Motorsports, where he is the car chief for NASCAR K&N Pro Series East competitor and former CARS Tour race winner Anthony Alfredo.