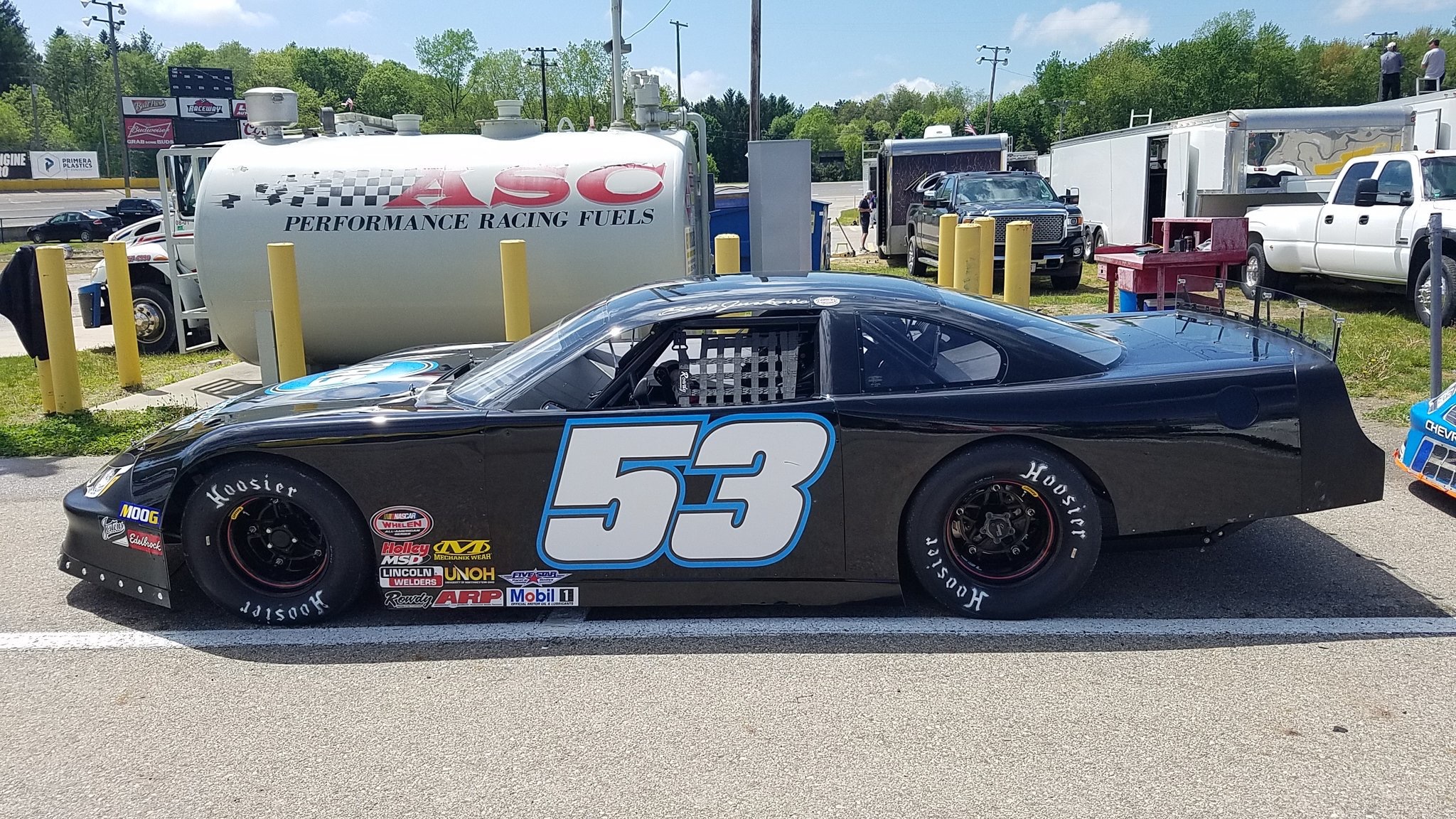 If the field wasn’t keeping its collective eye out for Boris Jurkovic, it probably should start doing so.

After a wild and carnage-filled race, it was Jurkovic yet again standing in victory lane Friday at Berlin Raceway in the second 75-lap Super Late Model feature of 2019.

Jurkovic had already locked himself into the Money in the Bank 150 with a win in the first 75-lapper of the season on Icebreaker weekend. But the $4,000 he pocketed tonight was no disappointment to him.

“It was a lot of fun,” Jurkovic said. “Looked like the competition was getting a little stiffer there, better than it was last time around.”

In second was Travis Braden. Scott Thomas was third, and Nate Walton and Kyle Jones rounded out the top-five.

It was Braden who led the entirety of the opening 30-lap green-flag run before the race was slowed by a competition caution.

Jurkovic took the lead from Braden with less than 35 laps to go. Braden dropped like a rock, and eventually had a mechanical issue that brought him down pit road before he rallied to grab the runner-up spot.

Restarts were hard for the field to handle all night long. Several cars wrecked on a lap 32 restart, but the big wreck of the night was yet to come.

That would happen on another restart with 18 laps to go when Evan Shotko got bumped from behind, causing a massive logjam on the frontstretch that involved at least 10 cars. The red flag was displayed as safety crews cleaned up the track.

When the race went back green, only nine cars remained of the 18 that started. While Jurkovic faced a brief challenge from Scott Thomas, he regained control of the lead quickly.

The rest of the field had better watch out for Jurkovic in the Money in the Bank 150. Not only has he won both 75-lappers this season, his cars keep on getting faster.

Jurkovic doesn’t see himself as a sure bet to pocket another $20,000 in the Money in the Bank 150, however.

“I think I went, probably, a little harder tonight than at the 150,” he said. “We’ll see… it all depends on where you start.”

There were only eight cars that made it to the checkered flag.

The full results can be found below.