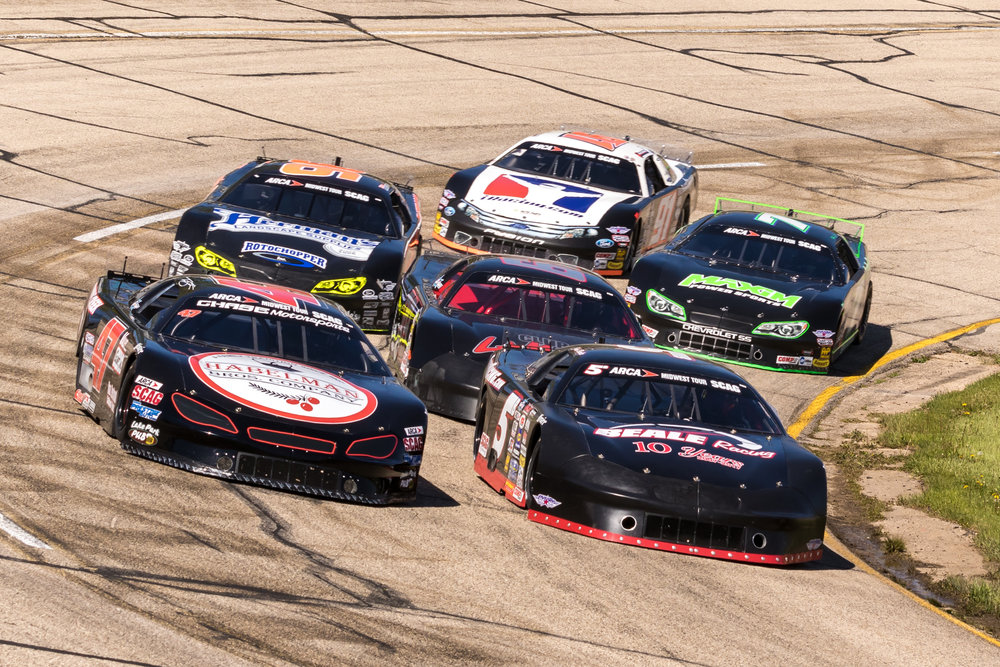 They say ‘Fest is Best’ but everything that precedes it on the 2021 ARCA Midwest Tour schedule promises to be pretty darn exciting, too.

Following an abbreviated campaign in 2020, the upper midwestern Super Late Model tour will contest 10 points paying races and at least two non-points events in 2021. There is currently a TBA on the calendar.

The season-opening Joe Shear Classic at Madison International Speedway on Sunday, May 2 will again pay $10,000 at the conclusion of 200 laps. This will be the first Super Late Model race at ‘Wisconsin’s Fastest Half Mile’ since August of 2019.

The series will co-promote an event at Winchester Speedway on Tuesday, May 18 for the Flyover States 150. It’s a points race for the CRA Super Series and non-points for the Midwest Tour. It’s the first time the Stars and Cars will have been represented at Winchester and the first time in Indiana since 2015.

The month of May concludes with the Salute the Troops 100 at Jefferson Speedway on Memorial Day Weekend and Saturday, May 29.

The much anticipated return to The Milwaukee Mile is set for Sunday, June 20 for the Father’s Day 100. The 2019 return to The Mile saw series regular Austin Nason top a field that included entrants from 12 states.

Grundy County Speedway will host the Midwest Tour on Saturday, July 10 with the Wayne Carter Classic 100. Grundy has underwent a renovation over the summer and this will be the first Tour race to take place under the track’s new LED lightning system. After that, the Stars and Cars will travel to State Park Speedway on July 24 for the Larry Detjens Memorial 125.

As per tradition, the best across the country will be invited to Wisconsin International Raceway on the first Tuesday in August for the Gandrud Auto Group 250. The $10,000 to win, $1,200 to start, 250 lap race formerly called the Dixieland 250 is scheduled for August 3 and usually sees entrants from all over the continent and NASCAR.

A return trip to a former mainstay on the Midwest Tour schedule will take place on Saturday, August 21. A series release says the final details are being determined with the track and an announcement is expected in the coming weeks.

Closing out a busy month of August will be the Howie Lettow Classic 100 on Friday, August 27. The second visit to MIS in 2021 will award $5,000 to the winner as well as a $5,000 bonus if a driver is able to win both the Joe Shear Classic and Howie Lettow Classic.

The ARCA Midwest Tour will crown its Champion for the 15th time on Sunday, October 10 during the Oktoberfest Race Weekend at LaCrosse Fairgrounds Speedway.

The annual Oktoberfest 200 for the Midwest Tour will conclude the four-day racing festival amongst the fall foliage in western Wisconsin. For the second consecutive year, Nashville Fairgrounds Speedway has invited the Midwest Tour to be part of the All-American 400 weekend, which will be co-sanctioned by the CRA Super Series, CARS Tour and Southern Super Series.

The event is expected to be a non-points race for every sanctioning body.

*Denotes Non-Points with Southern Super Series, CRA and CARS Tour
Flyover States 150 is co-promoted with CRA Super Series and is non-points for MWT