Keith Rocco gets fourth win of 2019 at Stafford 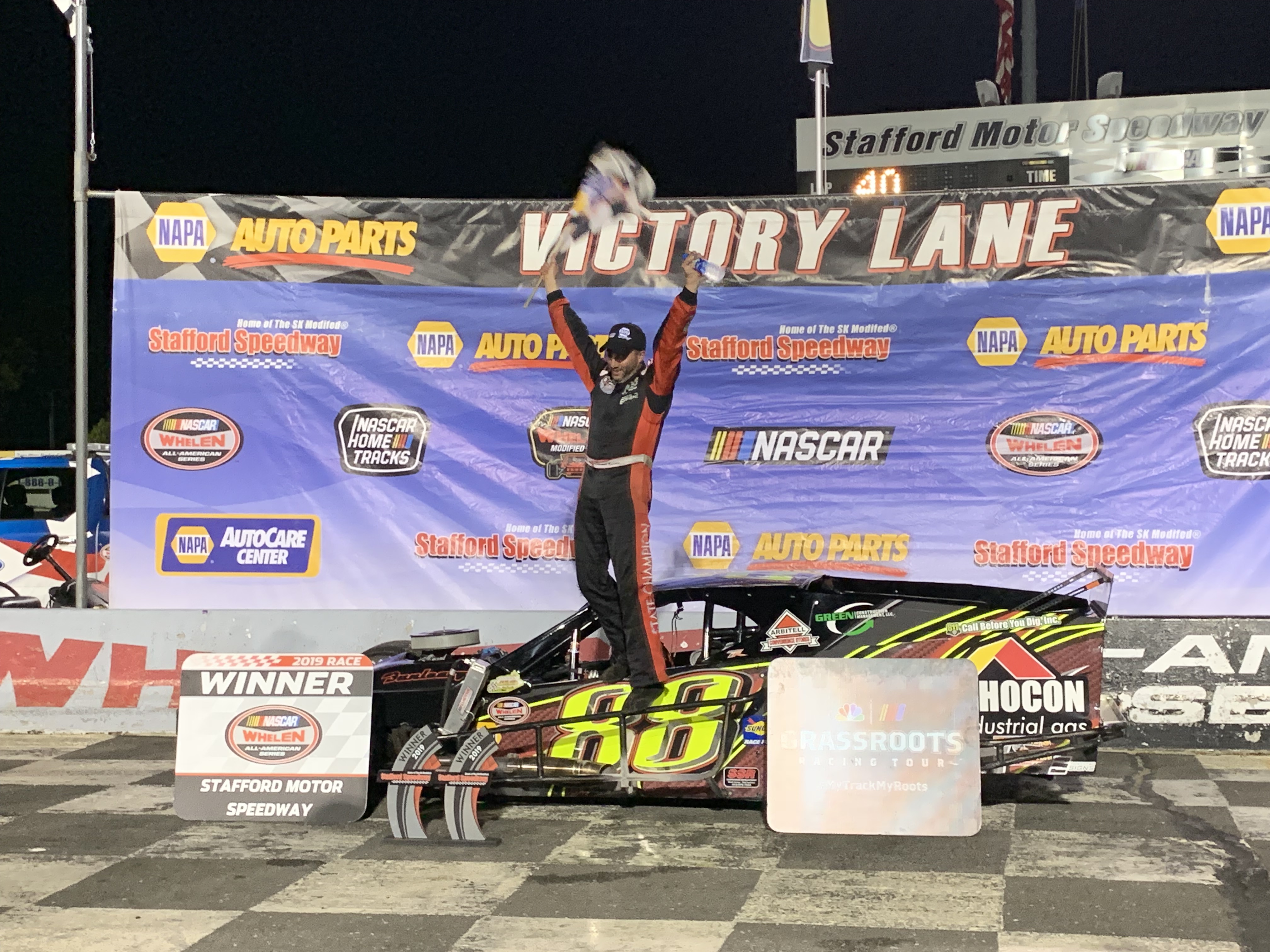 The win was the fourth of the 2019 season for Rocco and extremely important to him from a points standpoint. Unofficially, Rocco picked up 10 points on division leader Ronnie Williams, cutting his deficit down to just 16 with four races to go.

“We’re here to win races, and winning races wins championships as long as you have the finishes,” Rocco said. “I’m really happy [with] where we are.”

Starting on the pole was Tyler Leary. Troy Talman took the lead from the outside pole on the first lap and pulled away from the field.

Marcello Rufrano nosed into the turn three wall to bring out the race’s first yellow flag on lap six. Owen challenged for the lead on the restart, taking it on lap eight. Rocco followed Owen and took the lead from him four laps later. Christopher moved up to second and began stalking Rocco.

With 19 laps to go, Robert Goulet spun in turn four to bring out another caution. When the green flag came back out, Christopher worked his way alongside Rocco. After the two battled side-by-side for several laps, Rocco reassumed his position, extending his lead out to a couple of car-lengths.

There would be no further challenge from Christopher and Rocco cruised on to victory.

While it wasn’t a down-to-the-wire Rocco-Christopher battle that New England short track fans have witnessed in the past, it was fun for both drivers.

“We always joke that one of these nights we’re going to have a good battle right to the end,” Rocco said. “That’s the closest we’ve had so far. I’ll take it.”

Even though he finished second, continuing a winless campaign, Christopher agreed.

“I was beating his back bumper in, so it was fun,” he said. “Then we had that yellow, and we were racing side-by-side, so as long as we put on a good show for the fans, that’s what it’s all about.”

The full results can be found below: