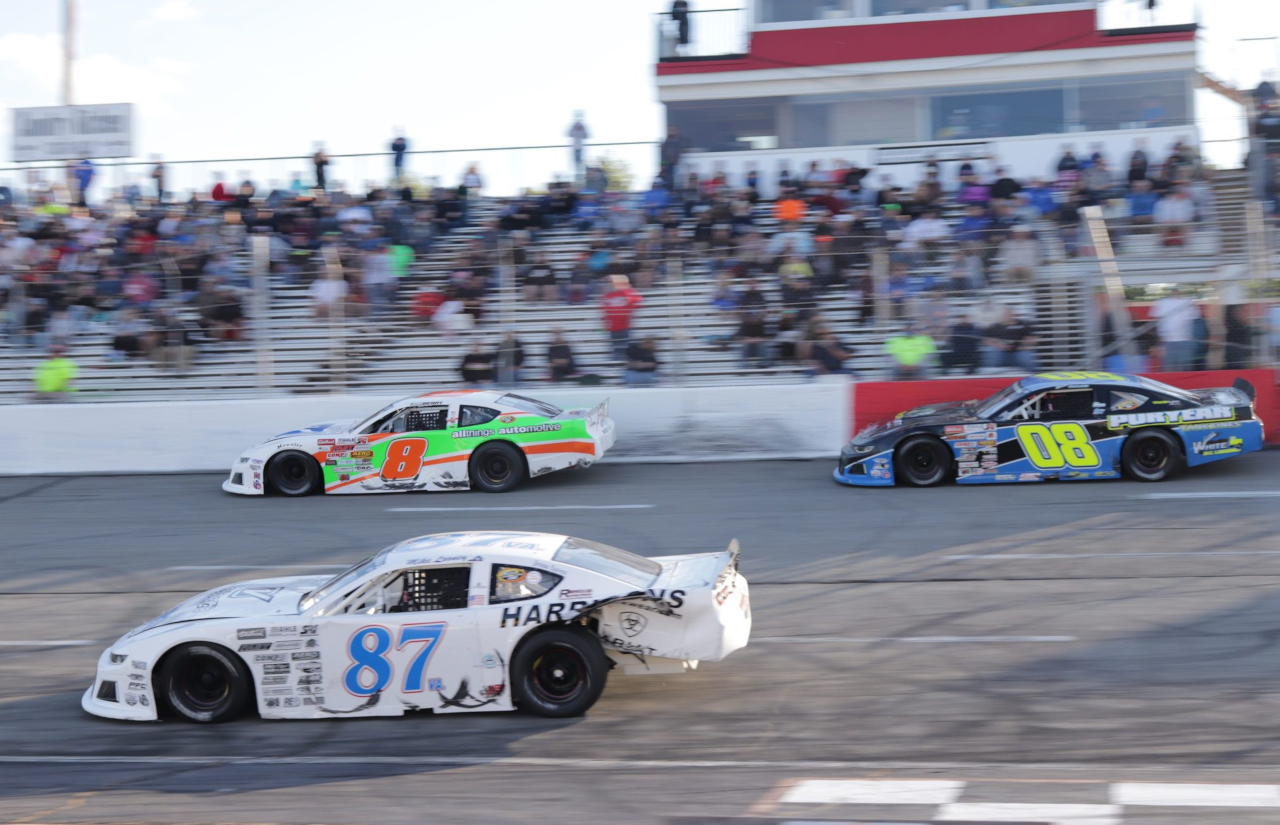 On the final restart of Sunday’s Old North State Nationals at Orange County Speedway, Mike Looney and Mason Diaz found themselves on the second row.

The two had driven smart races all afternoon and showed that their cars were capable of hanging with the two leaders in Josh Berry and Deac McCaskill.

A collision between Looney and Diaz moments before the green flag ended up derailing both of their afternoons, relegating them to finishes of 19th and 22nd respectively.

“I’m not really sure exactly what happened,” Diaz said. “Going down the backstretch, he was swerving and somehow I managed to get on top of his left rear.”

Although his only previous start at Orange County came in 2014, Diaz quickly figured out that track position and tire conservation were going to be important factors in deciding who brought home the $30,000 race-winning paycheck.

Slight contact with the wall in practice was only one of the few negatives Diaz experienced leading up to the accident, as he consistently put down some of the fastest laps on the track after qualifying in ninth.

Diaz managed to chase down Berry for the lead prior to the halfway point but was unable to make the pass before the final competition caution came out on Lap 143.

Diaz said that simply racing with former series champions in Berry and McCaskill is evidence that his program is heading in the right direction.

“We knew who the good cars were going to be,” Diaz said. “Deac wasn’t there during the practices but that’s his home track. You can’t count Deac out of there, as he has more laps around there than I think anyone does.”

One of the other fast cars Diaz had to contend with on Sunday came in the form of Looney, who was preparing to challenge Berry and McCaskill for the lead when Jonathan Shafer’s crash set up the last restart.

Like Diaz, Looney had limited experience at Orange County prior to the Old North State Nationals but was able to get use to all of the track’s unique features and put himself in a position to win.

“[Orange County]’s got character,” Looney said. “There’s really good banking and a lot of speed but not a lot of grip. It’s pretty cool to slide the car around there and stay under control and it’s pretty exciting to go into the turns three-wide at 115 mph.”

Looney was attempting to clean his tires ahead of one last push to the front when Diaz hit his left rear. Diaz immediately had to enter the pits with an engine issue from the contact while Looney tried to salvage a decent finish.

Only a few green flags laps passed before Looney’s car began to slow down significantly, forcing him to retire shortly before the checkered flag with what he later found out was a fuel pickup issue.

Looney is unsure if the contact from Diaz and the fuel pickup problem are connected to each other but he could not help but feel disappointed with the outcome after his team worked tirelessly to prepare for the Old North State Nationals.

“I’m not going to blame anybody for what happened,” Looney said. “It was just a freak thing and that’s just how it goes sometimes. We had five gallons in the tank and it just ran out. The car was fast enough to win but it just wasn’t meant to be.”

Diaz was confident that he could have passed both Berry and McCaskill in the closing laps if everything played out in his favor but is now turning his attention towards the rest of the season following his early exit on Sunday.

Diaz does not intend to linger on the missed opportunity in the Old North State Nationals for long. Despite this, he is determined to see the raw speed of his equipment translate into solid results.

“We have two DNFs now but our speed is there,” Diaz said. “We were one of the fastest cars at Hickory before putting on a bad set of tires and we had another fast car at Orange County. We just have to keep going and figure out what we need to do to finish races.”

Diaz and Looney do not have to wait long for their next opportunity to score their first CARS Tour win with the series heading to Ace Speedway on May 7.