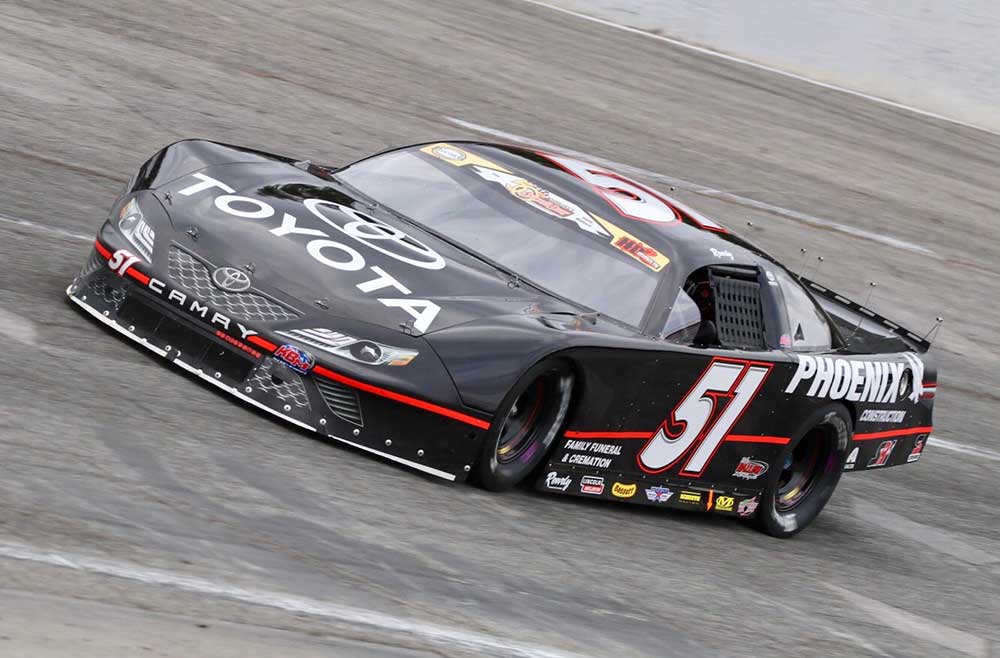 Kyle Busch has filed an entry for next Saturday’s Southern Super Series event at Five Flags Speedway and will race alongside his young client and teammate Sammy Smith.

The NASCAR Cup Series will conduct a one day show next Sunday at Texas Motor Speedway allowing the two-time and reigning Cup Series champion to fly back and forth from Dallas Fort Worth and Pensacola.

It will be his first appearance at the famed Florida half-mile since his victory in the 2017 Snowball Derby – his second triumph in the Super Bowl of Short Track Racing.

Th Deep South Cranes 150 is also the Five Flags Speedway Blizzard Series season finale, the four-race season within a season that carries an automatic berth into the Snowball Derby for the eventual champion.

The entry was confirmed by speedway general manager and promoter Tim Bryant on Thursday night.

“I think it’s huge,” Bryant told Short Track Scene. “We have some short track fans that are Stephen Nasse, Bubba Pollard or Jeremy Pate fans and so forth and they are going to be excited to find out that those guys get to race with Kyle Busch again.

“They’re all going to come together and welcome Kyle for what he stands for — that he’s passionate about short track racing.

“That’s pure passion is what that’s about.”

The Southern Super Series also races this Saturday night at New Smyrna Speedway just 15 minutes south of Daytona International Speedway. Jeremy Pate leads Stephen Nasse by 13 points, Jake Garcia by 19 points and Bubba Pollard by 22 points. That points battle could tighten before next Saturday night and before the championship race on Nov. 1 in the All-American 400 at Fairgrounds Speedway Nashville.