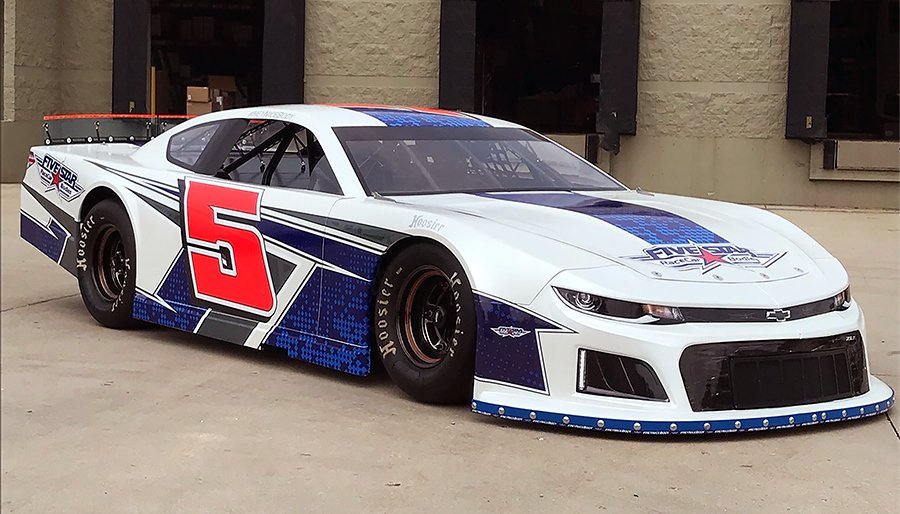 After a half-decade of open letters and tense negotiations, the short track promoters that make-up the Approved Body Configuration Committee have given a green light to the Next-Gen for competition in 2021 and beyond.

In a Thursday statement, the group said it has been convinced that the Next-Generation Super Late Model body developed by Five Star Bodies is of equal competitive strength to the option that has been on the market for the past 17 seasons.

UPDATE: CRA Super Series official explain why now was the time to approve the new body

Since December 2013, the short track industry has been embroiled in an often-contentious debate over the particulars of approving and manufacturing a next-generation Late Model body. Five Star Bodies originally built a next-gen shell for Late Model Stocks that did not meet NASCAR approval. It then moved towards making a variant of that body available for straight rail Late Models, but did not meet the approval of the ABC Committee.

A charter signed in 2004, written by Five Star Bodies and signed by the promoters and body manufacturers of its time, declared that a new body could not be conceived without approval by the entire group.

In November, the ABC Committee said it would not approve the Five Star Body and tasked the industry to develop a compliant shell under the confines of the 2004 charter.

On that basis, the Committee would not approve the new product — which was first-approved by the Pro All-Star Series in 2017 and several other tracks and sanctioning bodies followed suit. Then there were questions about any competitive edge the new body produced with aerodynamics that were inspired visually by the current-generation Cup cars.

Five Star Bodies accused the Committee of wanting a financial payout to approve the shell in the form of contingency sponsorship, a claim that was emphatically denied by the members across various interviews.

A compromise has been struck in the form of the following introductory letter for the ABC Next-Gen Committee. It is not clear what this means for the 2004 charter or the previous ABC Committee group.

While Five Star has already gone to market with this particular body in some areas, the ABC Next Gen committee continues to work diligently with AR Bodies in an effort to keep two manufactures in the program, even arranging to provide AR with the necessary builder’s templates. This is consistent with the process used in the original ABC body, where AR Bodies used builders’ templates drawn from a standard, approved shape.

The original ABC bodies produced by AR and Five Star and the new ABC NEXT GEN body are the only bodies that will be approved for competition.

It was important to the leadership group that a single, new shape be identical aerodynamically to the current ABC body. These leaders did not want racers to purchase a new body because they thought it was necessary to be competitive. The ABC NEXT GEN leaders are confident this has been accomplished, given that the new body style has been proven, through extensive wind tunnel testing and a year of on track competition, to be aerodynamically equal to the current body.

Additionally, many in this effort have demonstrated their commitment to a shape control program for late model racing since the first days of the original ABC group, and that commitment goes even deeper with two key enhancements for the ABC NEXT GEN body.

With the approval comes a complete set of inspection templates and dimension for use by racers and technical officials across North America. The statement also says sanctioning bodies may begin to approve the body in late 2020 in advance of a full roll-out in 2021. The release also makes clear that the new AR Bodies Revolution will not be approved.

As of press time, a request for additional information has not been given to Short Track Scene from the ABC Next-Gen Committee, Five Star Bodies or AR Bodies.