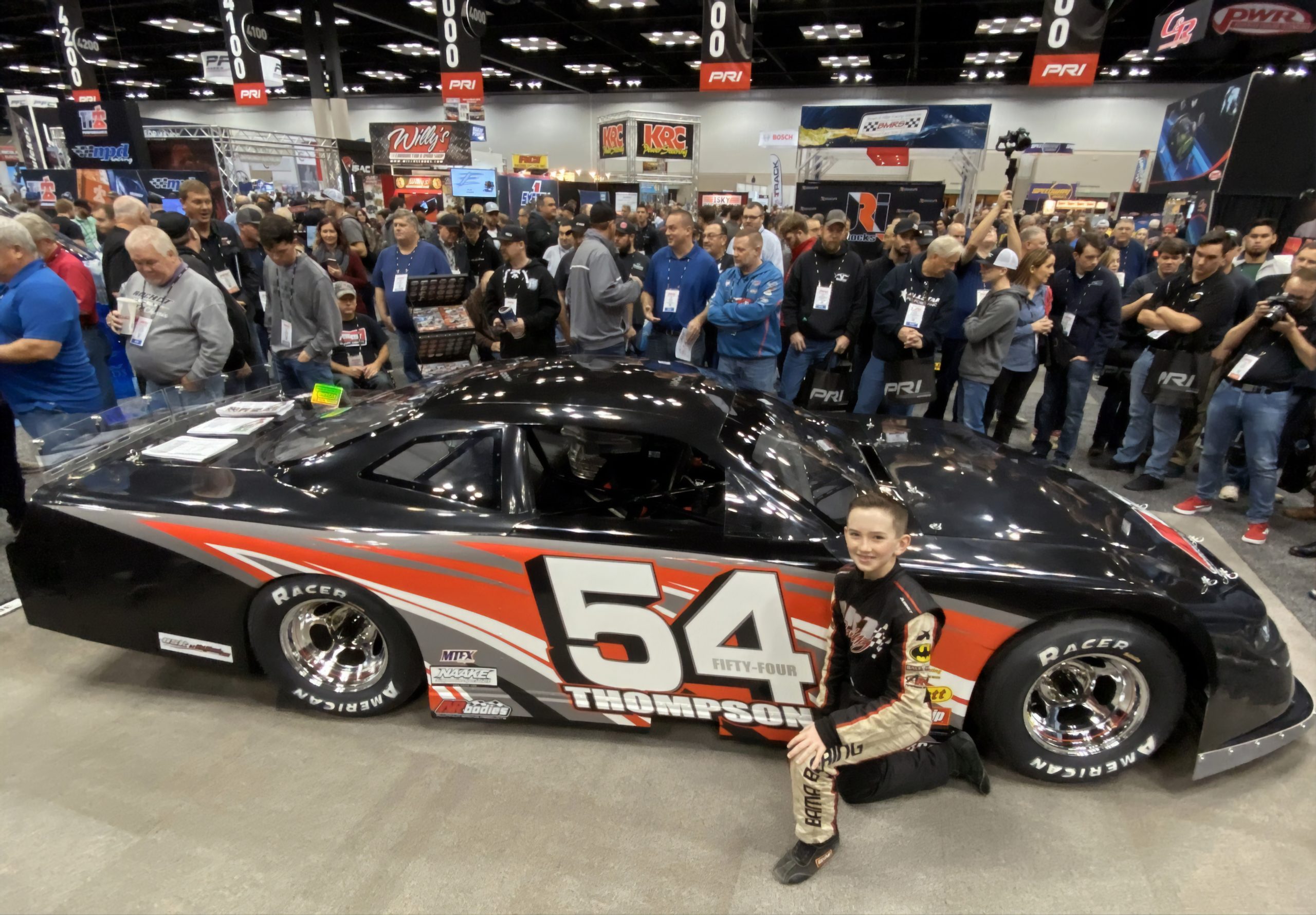 PRN At the Track

The ‘AR Bodies Revolution’ has already been approved by several sanctioning bodies and is an alternative to the Five Star Bodies next-generation shell that has been used throughout the 2019 season. Neither the Five Star next-generation body nor the AR Bodies Revolution is approved for use in Approved Body Configuration (ABC) regulated sanctioning bodies or events.

The exception is the CARS Tour and Race of Champions. The complete list of approved tours can be viewed below.

The AR Bodies Revolution will use the current approved body’s greenhouse but with a redesigned nose and rear-end. The shell can be seen first-hand at PRI Booth No. 3839.

AR Bodies claims that cost-saving is at the heart of developing this option since teams can retain their current ABC roof, cowl, rear filler, windshield and rear window, while redressing their cars in a package that more closely resembles street cars. Body styles will include Chevrolet Camaro, Ford Mustang, and Toyota.

Target pricing for the entire kit, including a new hood, is $2,000 or less. AR expects to begin shipping the new package in 2020.

“The cost of racing continues to escalate each year, and we all see it reflected in reduced fields nearly everywhere,” AR Bodies founder Jerry Criswell said in a company press release. “Every promoter knows every dollar a racer spends on engines, bodies, transmissions, shocks etc. is one less dollar they have to come race with.

“At AR Bodies we have always been racers building bodies for racers, and for the last several years we have been fighting for an economical reskin upgrade package for the current ABC bodies. Racer and Industry reaction to the Revolution concept has been tremendous.”

AR offered the following advantages to using the Revolution:

First and foremost is cost. The savings over a complete body will be substantial and the majority of our current customers will have the needed skills to install the new package on their own. This is a huge savings to our racers as the current ABC centerline roof template can be utilized, and the cross templates for the roof and in front of the rear window will remain the same.

The development of the reskin comes following the ABC Committee’s declaration in November that it would not approve the Five Star body for 2020, while tasking the industry to jointly develop a compliant body for the 2021 season.

READ MORE: Everything you need to know about the Gen-6 body debate

But the Five Star Gen-6 option has begun garnering mass approval across the continent.

The Granite State Pro Stock (SLM) Series revealed last month that it would approve the Five Star Gen-6 but with a 20 lb. weight break. Series owner Mike Parks confirmed on Thanksgiving week that he would also approve the new AR option for 2020 — with the same weight penalty.

Now AR Bodies has an alternative to that body in those non ABC sanctioned divisions, in addition to

NASCAR approved a variant of the Five Star body for Late Model Stocks in October to mixed opinions leading to AR Bodies agreeing to produce a reskin of its current-generation Late Model Stock body.

And now all of them are on the marketplace.

It's time for the Revolution from @ARBodies here at the #PRIShow. What do you think about the Revolution body for pavement late model racing?! Pretty sharp piece, we think! #PRI2019 https://t.co/YNBgQnvg5G 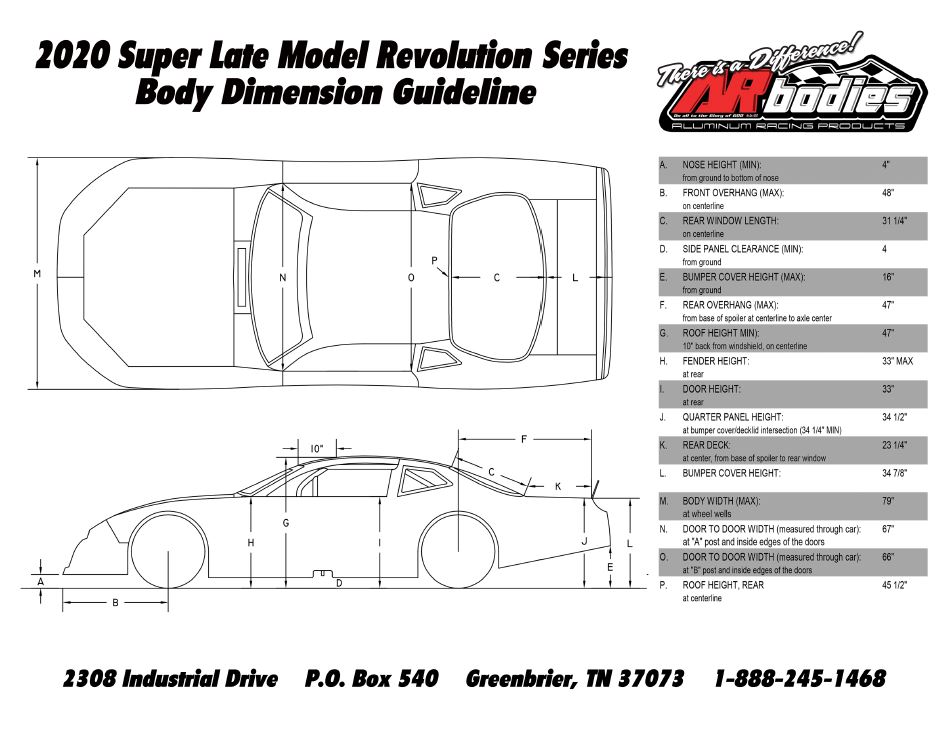 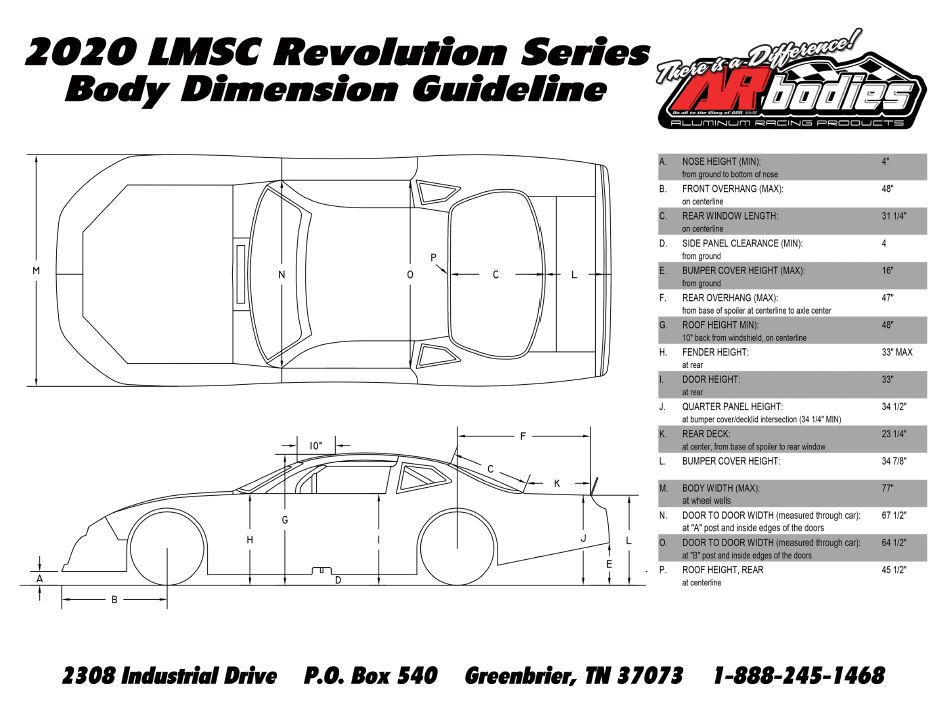