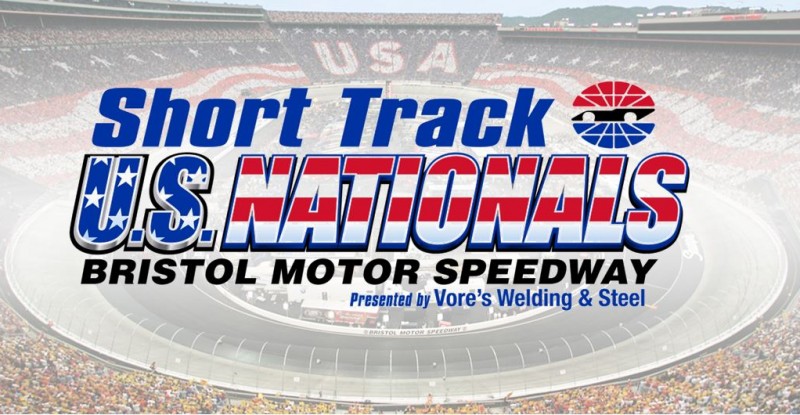 With the debut of Bristol Motor Speedway’s (BMS) newly-formed Short Track U.S. Nationals event less than two months away, the various sanctioning bodies associated with the event unveiled their combined entry lists for each portion of the race weekend in a press release Monday afternoon.

Among the entrants are stars from each the three series combining to field the effort- the Champion Racing Association (CRA), CARS Super Late Model Tour and Southern Super Series (SSS).

Also found among the list are a strong group of SLM veterans and upcoming stars.

Defending CARS Tour champion Raphael Lessard is the lone Canadian among the entry list. SSS champion Donnie Wilson and Coughlin will also compete, meaning each sanctioning body will see their champion run for a piece of Bristol glory.

Recent World Series of Asphalt champion Harrison Burton will make his second start at BMS, following a K&N Pro Series East start at the half-mile facility in 2016. The son of former NASCAR star Jeff Burton will hope to repeat his Florida success against a slew of SLM veterans including Steve Wallace, Stephen Nasse and John VanDoorn.

Missing from the entry list is recent Rattler 250 champion Ty Majeski. The Wisconsinite has been one of a handful of drivers to voice their concerns about the event, stating that SLMs “don’t belong at Bristol”, on Twitter after tire woes befell one of his fellow competitors in a Hoosier Racing Tire test at the Bristol, Tennessee facility.

Not sure what the circumstances were, but IMO these cars don't belong at Bristol. SLMs are built too light now days. Hope @d82wilson is ok. https://t.co/7yaGdp4kYY

The release notes that Hoosier is expected to announce their tires and requirements for the event later this week.

Longtime SLM ace Bubba Pollard has been equally critical of the event and its potential cost to competitors, though his name can be found on the preliminary entry list. A recent Twitter tirade suggests that he may not make the trip to Bristol when the time comes.

Short track racing is struggling and people think we all need to go to Bristol because it's cool. #nothappeninghere

You think ur average racer can go to Bristol no I can't afford it.Why not do something to get the cars back instead of things we can't do

The SLM portion of the entry list is currently closed, though the release notes that “officials reserve the right to re-open any entry list at a later date.”

The Short Track U.S. Nationals are slated for May 19-21. The event will also see racing from Pro/Crate Late Models, Late Model Stocks, Modifieds, Street Stocks and Compacts, with over 500 vehicles expected to be one the property over the course of the weekend.

Speed51.com will offer a pay-per-view broadcast of the event for those interested that can’t make the trip to BMS.

Aaron Bearden is a contributing writer for Short Track Scene. Having grown up watching NASCAR and IndyCar, Bearden began following short track racing during his high school years before starting a blog about racing in college. A writer for Frontstretch and Motorsports Tribune, Bearden also covers NASCAR, IndyCar and other forms of open wheel racing.