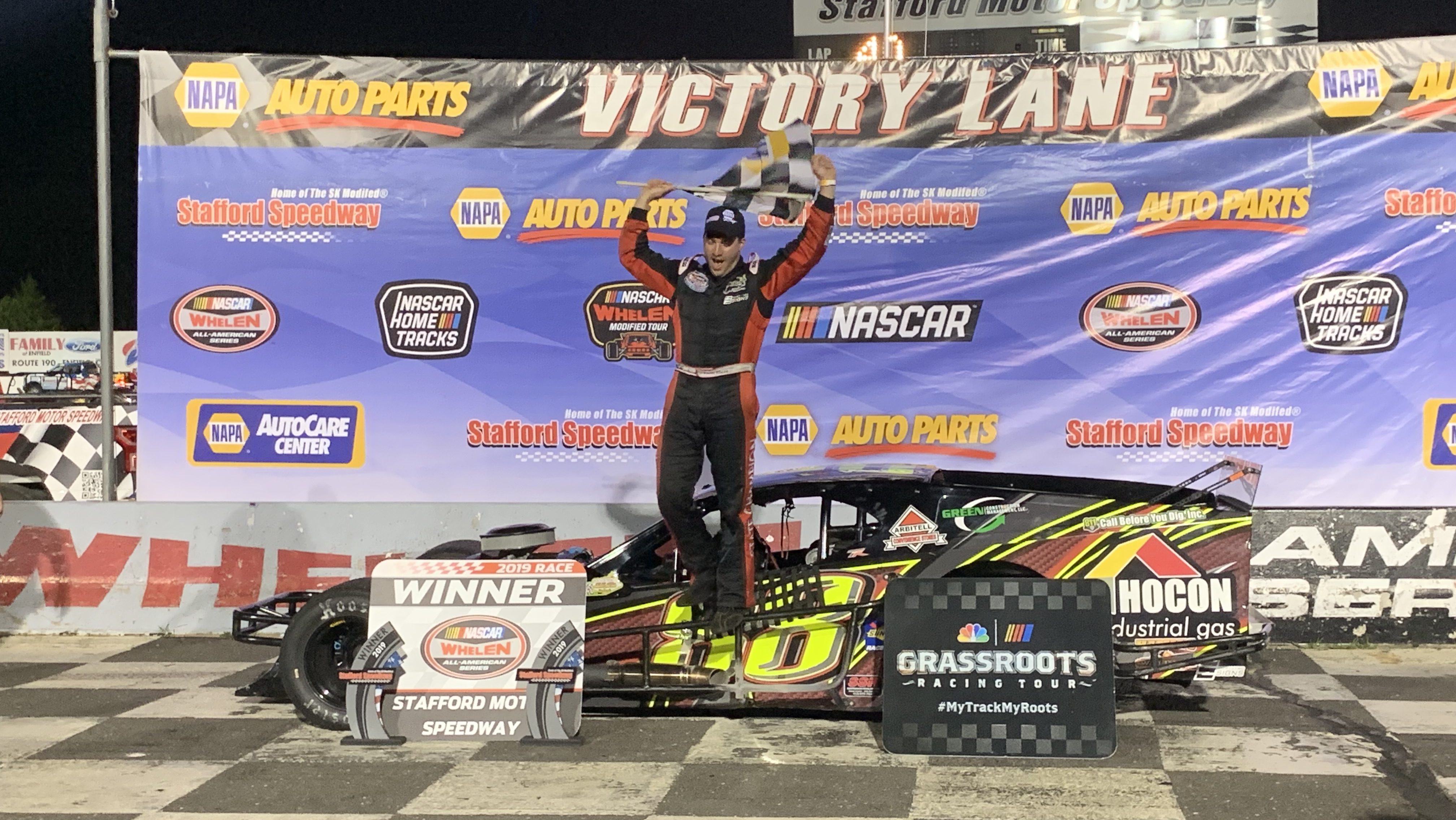 You’d be forgiven if you watched tonight’s Stafford SK Modified feature and thought it was a replay of last week’s feature, in which Ronnie Williams nipped Keith Rocco for the win.

The two did battle again Friday night, but this time it was Rocco standing in Victory Lane when things were said and done, getting another Stafford SK win in 2019.

“Last week, he just baited us into running the top the rest of the race and kind of cost us the win,” Rocco said. “Tonight, the roles were reversed.”

After all of the close racing the two drivers have done this season, Rocco feels that he and Williams put on a better show than ever.

“I think we race better now than we ever have,” he said. “Tonight we probably ran a solid ten laps side-by-side and ever even touched, so we definitely showed we could race side-by-side.”

It was a frustrating second-place effort for Williams, who had won his last three Modified starts coming into tonight.

“It just sucks,” he said. “Never want to finish second. [Rocco] did kind of the same thing I did last week… It feld like whoever was behind the other guy had the better car. Felt like I could really turn the center. Pretty even car, just got blocked the last five laps.”

Matt Galko started on pole, and he led the first lap.

On lap five, John Montesanto spun on the backstretch to bring the first yellow flag out. The field failed to make it through turn one on the ensuing restart, as Mike Christopher Jr. spun in the first corner without hitting anything.

Cory DiMatteo took the lead from Galko once the race got back going. Galko ended up bringing out the next yellow when he spun in turn three on lap 11.

Eric Berndt dove for the lead on lap 12. Three cautions over the next three laps slowed the pace. Rocco grabbed the lead on lap 17, just before a pileup in turn four brought out yet another caution.

Williams took the lead on lap 20, but Rocco took it right back two laps later. Two laps after that, it was Williams back out front. The two swapped the lead back and forth until Christopher spun again with 12 to go.

The battle wasn’t finished yet, however. Neither Rocco nor Williams gave way on the restart, and the two remained side-by-side until Rocco cleared him down the backstretch with five laps to go. Williams stalked him, trying to find a way back by, but Rocco staved off a final shot to the back from Williams to get the victory.

The full results can be found below: