Jason Romero the ‘High Speed Trader’ at All American Speedway 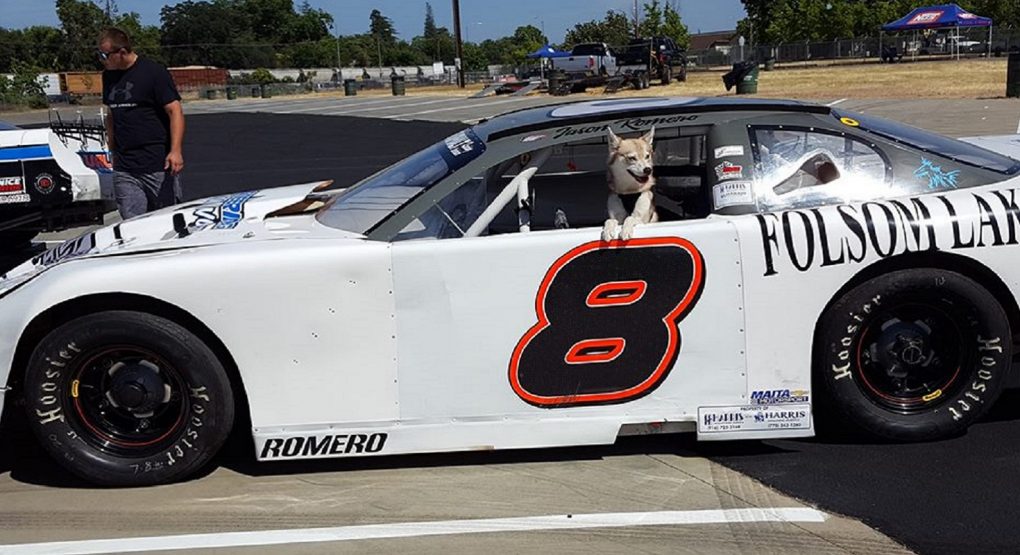 By day, Jason Romero is a trader for a finance company in San Francisco.

The world of finance is a fast-paced environment that requires taking calculated risks.

Romero is a former track champion in the Late Model division at All American Speedway in Roseville, California. His coworkers have a blog where they track and discuss his racing career, and have given him the nickname The High Speed Trader.

“In finance you’re very risk averse and you’ve got to take calculated risks and challenges, so it’s very similar to racing,” Romero said. “My stance on racing is kind of cautiously aggressive. I take things when they come and I take them when I have to, with certain risks when needed. Most of the time I try to play on the offensive and take my time. I always know I have good cars so if I can wait until the end of runs normally we’re going to be right up front there.

“Patience. I’ve learned patience in both my financial career and my racing career.”

Finance wasn’t always in the plan for Romero, but racing was. He grew up watching his dad race at All American – “I grew up in diapers sitting up in the grandstands playing with my little cars” – and began racing himself as a kid in go karts and dirt bikes.

“I got hurt too many times on a dirt bike so mom said, ‘Put a cage around him,’” Romero said. “We kind of got into a mini stock deal and was pretty successful. And that’s kind of the time my dad got out of the seat is when I got in to the mini stock program.”

Romero won his first championship at All American, a third-mile track located just 20 minutes from California’s capitol in Sacramento, in 2004 in the Mini Stock division, and won a track championship in a Late Model in 2009.

After that championship, Romero was given the chance to race full time on the east coast, but came back to California soon after after not finding the success he was hoping for.

After returning home, he took a few years off from the sport to finish getting his college degree.

“I finished up my schooling and put my racing career on hold so I could get my other career going, my financial career,” he said. “Once I picked that career up and kind of had a good solid footing and establishment, my team owner now, my godfather, Brett Parker, he decided right around 2014 that we wanted to build a race car so we set on a journey to build a brand new race car. So, we built it and it won the first four races it was in.”

While Romero said he always knew the goal was to get back to racing, he said he needed to take the time off to get on the right foot financially to do so.

“It’s a money sport,” he said. “It was to the point where I wasn’t going to spend my own money on it. I needed to kind of do the things in life. Once you do understand you’re not going to make it full time and be a driver for some other team and make a living at it, if you want to be able to do it in the future you have to find how you’re going to make your living and then come back to it.

“So, I think that’s kind of where we were. My team owner, everybody put it on hold so I could do what I needed to do in my life, not only my racing career. And once we figured out that that was established, we decided let’s get back into it.”

Since his return, it’s been nothing but success for Romero and his crew. He won the Pacific Challenge Series championship last year.

Romero said the plan is to run a full season at All American this year, and he’s already off to a good start, with a win and a second-place finish in the opening weekend twin bill.

“I’m feeling pretty confident. I know we’ve got some pretty good competition out there this year at All American, but my dad and I have been around that track … for a number of years now,” he said. “So anytime we show up to Roseville everybody know we’re a car that needs to be contended with, so I feel pretty confident going into the remainder of the year here.”

While Romero has raced across the country, he said he’ll always return to his first track. Not just because it’s a place where he’s found success in the past, but because to him it’s home.

“Honestly it’s the family,” he said. “I’ve grown up with a lot of these people out at Roseville. We ran a touring series last year in California, the Pacific Challenge Series, and that was a lot of fun to go to different tracks but when you get to your own track and you have that crowd behind you it’s a lot of fun.

“I think that’s what it is. It’s all the people around me that really kind of drive me to continue to do this. Our team, nobody gets paid to do this. Everybody is a volunteer, and we’ve been doing this for over 10 years now, this current team that I have together… It’s just the family, all the wives and girlfriends and all the fun we have together.”

The next race at All American will take place on May 4 with Modifieds, Super Stocks and Junior Late Models.

A Conversation with Josh Berry and Dale Earnhardt Jr.