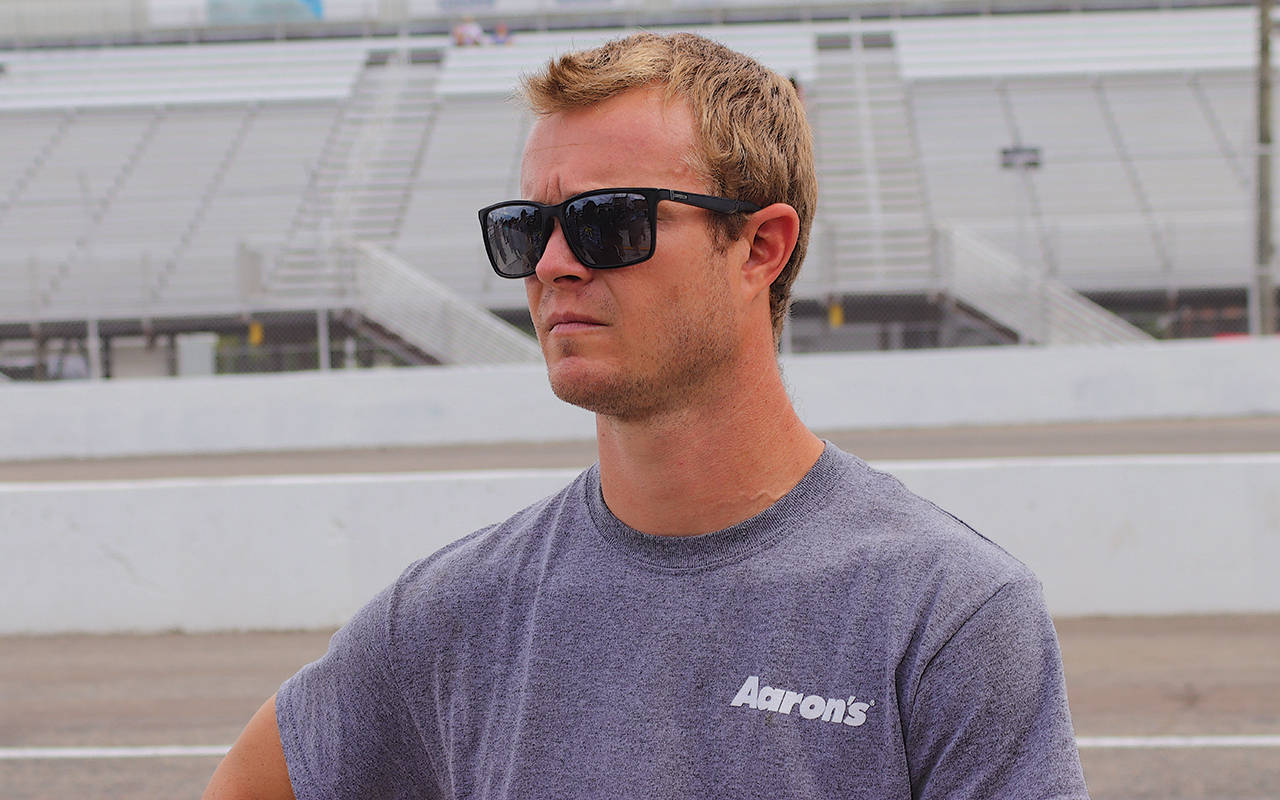 Late Model Stock Car veteran Chad McCumbee is ‘thankful’ that he and his family and closest friends were not significantly affected by severe weather in Southeastern North Carolina late Monday night.

An EF3 tornado struck with winds of 160 mph near McCumbee’s hometown of Ocean Isle Beach in Brunswick County in the overnight hours on Monday, leaving three people dead and dozens of homes damaged.  The tornado hit with little warning for residents of the community after the National Weather Service had called for only an ‘enhanced’ chance of severe weather.

“We were not affected,” McCumbee told Short Track Scene.  “We have some family members that were close to the storm’s path and a few good friends that were close and sustained some minor damage.  All in all, us, friends, and family were very fortunate.  I don’t think there was much warning.  It was a situation where it didn’t seem like a supercell type of system, but I had woke up to a tremendous amount of lightning around that time over on Ocean Isle and thought to myself it was pretty extreme, but I didn’t think anymore.  I think I woke up at 4:30 am and seen the preliminary reports and there’s a lot of cleaning up going on right now.”

Devastating pictures out of Brunswick County, NC where officials say 3 people have died & at least 10 were injured after a suspected tornado moved through the area overnight. The sheriff’s office shared these pictures from the Ocean Ridge Plantation area in Ocean Isle Beach. pic.twitter.com/FXgiyf47rw

McCumbee picked up a NASCAR Advance Auto Parts Weekly Series win at Florence Motor Speedway (SC) in the Late Model Stock Car division over reigning series national champion Josh Berry earlier this month.  As of now, he does not know when his next Late Model Stock Car race will be, but he is gearing up to compete at Sebring International Raceway in IMSA competition next month.

In the meantime, McCumbee plans to do his part to help the Brunswick County community in the aftermath of Monday’s deadly storm.

“Right now, we’re just kind of waiting to see what the total aftermath is,” McCumbee said.  “I think, once they get a scope of that, there’s a tremendous amount of pages where people are reaching out trying to find some homes.  I think I’ve got some family members that are real estate agents that are working really hard to help people find a place to stay.  There’s been some outreach finding out if people need food and clothing.  I don’t know 100 percent yet what the total effect is. That will probably start coming out later into this week.”

Monday night’s severe weather event spanned far beyond North Carolina.  The tornado that hit North Carolina was part of a much larger weather system that has left millions of people in Texas without power amidst bitter cold conditions after a rare winter storm.

“It’s something you never plan for, and even if you do, you hope you don’t have to go through it,” McCumbee said about the tornado.  “I’m very thankful the ones closest to us were not affected and have those who were affected in our prayers.”