A growing Hoosier tire shortage has both drivers and tracks concerned about the short-term future of regional racing in 2021. 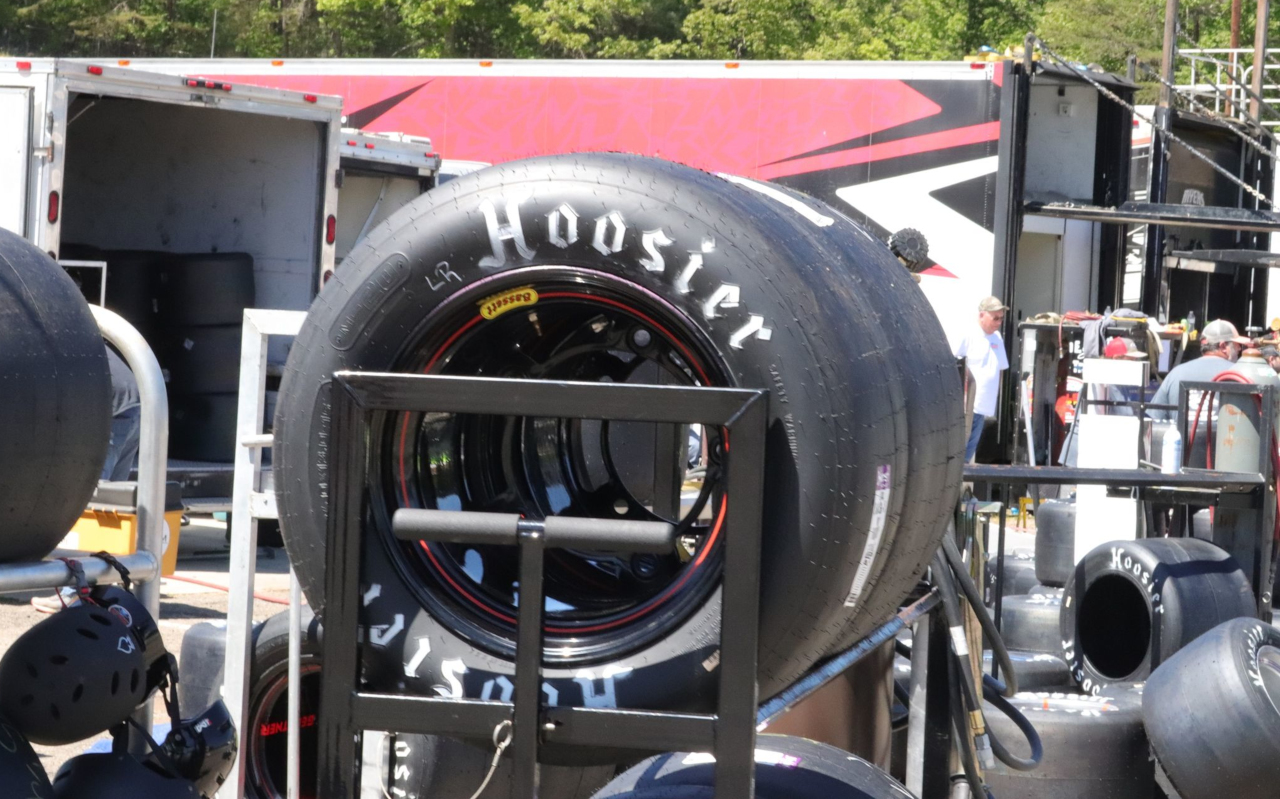 Drivers and teams are entering the upcoming weekend of racing with a higher level of concern than normal.

A growing tire shortage from Hoosier looms over the short track industry and has already forced the CARS Tour and several tracks to change race procedures in an effort to ration the tires that are available.

Justin Johnson, who is a regular on the CARS Tour, said that the situation surrounding Hoosier has only now started to sink in, which has left him unsure about the short-term future of short track racing.

“It’s shocking but also concerning since were now in the middle of the season,” Johnson said. “The CARS Tour said they have enough for this weekend but I’m not sure where that leads us heading into the second half of the season.”

Instead of race tires being selected on the day of the feature, the CARS Tour announced that teams will now be choosing them a day earlier so they will have an opportunity to choose from a larger selection ahead of the event.

For local racing, Shenandoah Speedway will not be supplying tires to Late Model competitors for this weekend’s race, while South Boston Speedway will utilize impound and tire scuffing procedures to conserve their supply.

Assistant South Boston general manager Chase Brashears has been aware of the Hoosier shortage for about a week and intends to work through the shortage until Hoosier resolves their current issues.

“We were told that this was stemming from a material shortage and a bit of a labor shortage,” Brashears said. “[Hoosier] told us that we were going to be OK but right now all of us are in this together.”

Despite the reassurance from Hoosier, Brashears said that Tri-County Motor Speedway’s decision to cancel Saturday’s on-track activity because of the shortage has left him concerned about potentially running out of tires later in the year.

Brashears is optimistic that South Boston can proceed uninterrupted through their two-tire rule, which allows the purchase of two new tires for each race on the left side of the car while previously used and impounded tires go on the right side.

Initially conceived as a way to help teams save money, Brashears said that the two-tire rule is now going to be a crucial lifeline for South Boston and tracks that have adopted the policy while the tire shortage persists.

“Hopefully the two-tire rule will not have to make us pivot from what we are already doing,” Brashears said. “The shortage has forced a lot of other places to follow our model we’re using, so hopefully everyone can make the best out of it.”

While Johnson hopes that the CARS Tour finds a way to properly address the tire shortage, he does not see the series adopting a two-tire rule over the summer due to logistical and storage concerns.

“I don’t see how you can store tires from Caraway and take them to Langley,” Johnson said. “I’m sure [the CARS Tour] isn’t going to let us hold our own two tires until the next race. The logistics just don’t line up to make way for a two-tire rule.”

Johnson understands that many businesses around the country are facing their own shortages with supply not meeting demand, yet he believes that the shortage could have been prevented if Hoosier had been more proactive about the shortage of materials.

“If Hoosier thought this was a problem, why didn’t they start limiting tires a month ago so that tracks could be prepared?” Johnson said. “Why did they throw this on us all of a sudden when there’s nothing left? At this point, I’m assuming there will be a pause in the racing season, especially with the CARS Tour. We’re all hoping [Hoosier] produces some rubber very fast.”

The tire shortage remains out of control for Johnson and his fellow competitors, all of whom will be looking to chase a checkered flag this weekend as the situation outside the track develops around them.