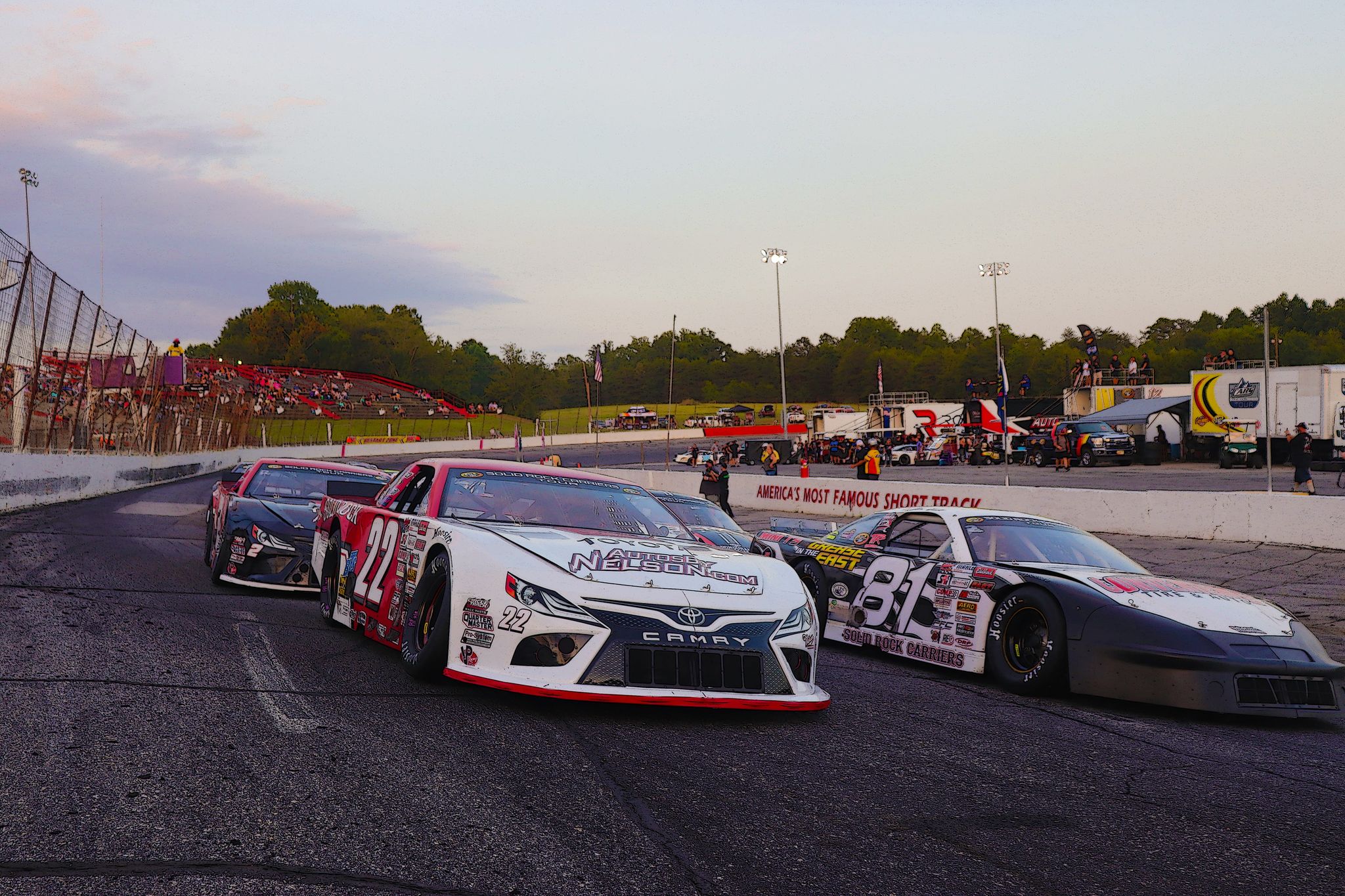 The Solid Rock Carriers CARS Tour announced the drivers that will participate in the fourth season of the Late Model Stock Car Tour’s Lucas Oil Touring 12 on Tuesday afternoon.

Established in 2018, the Touring 12 is a loyalty program that rewards participants with tire discounts and incentives as long as they uphold their commitments to the agreement. Eligibility for the Touring 12 is determined by historic participation and driver accomplishments, among other factors.

Here are the following drivers that will make up the Touring 12 during the 14-race CARS LMSC Tour schedule this year.

Jared Fryar- Fryar made history during the 2020 season by becoming the first driver to win championships in both the LMSC and Super Late Model divisions of the CARS Tour. He returns to the series for 2021 with Jimmy Mooring as he attempts to join Bobby McCarty as a two-time CARS LMSC Tour champion.

Bobby McCarty- The 2020 season was far from McCarty’s best in the CARS LMSC Tour, as he recorded only one victory in the series’ second trip to Hickory Motor Speedway. Despite this, McCarty reminded the competition of his efficiency in a Late Model by dominating the 2020 Rodney Cook Classic at Ace Speedway, and is expected to be a championship favorite once again piloting cars for Nelson Motorsports.

Layne Riggs- Although he came up a few points short of his first CARS LMSC Tour championship, Riggs put together his best season in the series to date with two victories and an average finish of 6.6. Riggs will attempt to carry over the momentum from that campaign into 2021 as he tries to one-up Fryar, McCarty and others so he can bring home a title of his own.

Brandon Pierce- Pierce is coming off a dismal 2020 season that saw him record one Top 5 finish and serve a one-race suspension after triggering a multi-car wreck at Carteret County Speedway. Now in his third year with Lee Pulliam Performance, Pierce is looking to shake off his misfortunes and find victory lane once again after recording his lone win at Southern National Motorsports Park in 2019.

Justin Johnson- After briefly retiring from racing in the middle of the 2018 season, Johnson returned to the CARS LMSC Tour for a full-time campaign in 2020. He joined the Touring 12 and switched to the #08 starting at Dominion Raceway after Deac McCaskill temporarily suspended his program, but he will be back in his familiar #44 for 2021.

Mini Tyrrell- The 2019 CARS LMSC Tour Rookie of the Year, Tyrrell registered a career-high three Top 5s, but saw his average finish decrease from 11.4 in 2019 to 15.0 in 2020. While Tyrrell showed plenty of speed in his sophomore CARS LMSC Tour campaign, he will have to find more consistency in order to contend for a series title.

William Cox III- The newest member of the JR Motorsports stable, Cox will represent his team in the Touring 12 as he goes for Rookie of the Year honors. Cox finished 15th in his only CARS LMSC Tour start to date at Hickory, but he will have the guidance of former champion and all-time wins leader Josh Berry as he develops his talents across the 14-race schedule.

Sam Yarbrough- A six-time track champion of the now-defunct Myrtle Beach Speedway, Yarbrough is embarking on his first full-time CARS LMSC Tour season after fellow track regulars Chad McCumbee and Matt Cox did the same in 2020. Yarbrough only has three CARS LMSC Tour starts to his name, but one of those appearances was a victory that came at Myrtle Beach in 2015.

Jonathan Shafer- Shafer moves over to Lee Pulliam Performance for the 2021 season after spending most of 2020 with Nelson Motorsports. Shafer showed promise in his rookie season that saw him finish a career-best of fourth at Dominion after leading 58 laps from the pole, but he will now have the expertise of four-time NASCAR Advance Auto Parts Weekly Series champion Lee Pulliam to lean on as he seeks his first win this year.

Jonathan Findley- Findley pulled off one of the biggest upsets in the CARS LMSC Tour during the 2020 season at Dominion after he drove up from the 13th starting position to lead the final 49 laps and secure his first career win. Findley ended the year with another Top 5 in the Old North State Nationals at Greenville-Pickens, which gave him and Lee Faulk Racing momentum heading into 2021.

Mason Diaz- A busy 2021 is in front of Diaz, who will take part in his first full-time CARS LMSC Tour season while also chasing an ARCA Menards East title with Visconti Motorsports. A two-time track champion at Southern National, Diaz has made limited appearances across both CARS Tour divisions over the past five years, with his best performance being an eighth in the LMSC Tour during the 2016 season.

Jessica Cann- Cann quietly put together her best season in the CARS LMSC Tour during the 2020 season by scoring two Top 10s at Dominion and Carteret County. The two-time CARS LMSC Tour most popular driver will try to improve on those finishes as she tackles a diverse schedule of tracks against a plethora of talented drivers.

The Touring 12 drivers will each kick off their bid for the 2021 CARS LMSC Tour crown on March 6 when the series makes their inaugural trip to Dillon Motor Speedway for the Pee Dee 125.