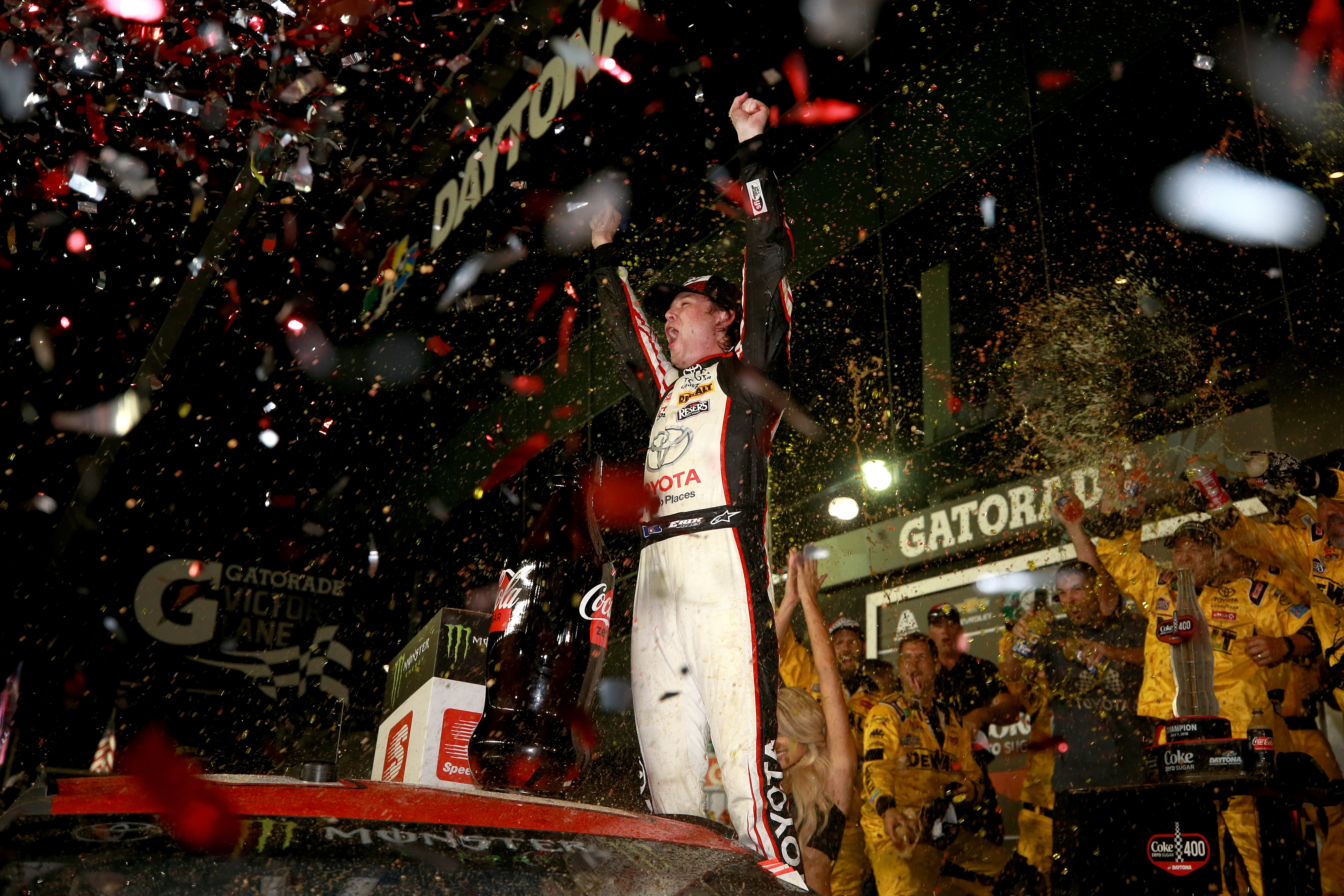 In the case of Erik Jones, you immediately fly from Daytona International Speedway to Slinger, Wisconsin to practice a Super Late Model in advance of Tuesday’s Slinger Nationals at Slinger Super Speedway.

Jones finally broke through for Joe Gibbs Racing on Saturday night in the Coke Zero Sugar 400 at Daytona but hardly had time to celebrate as he and long-time friend and spotter Branden Lines needed to be at the World’s Fastest Quarter-Mile for practice.

“Yeah, it’s going to be fun going back and going from a two-and-a-half-mile to a quarter mile, so a little bit of adjustment when we get up there,” Jones said during his post-race press conference. “But yeah man, it’s going to be fun. It’s a track I really enjoy going to, and hopefully we can get Slinger Nationals knocked off the bucket list too.

“That would be pretty sweet.”

Jones is looking for retribution at one of the crown jewels of the Midwest. The last time he competed in the event, back in 2016, he was roughed up by Matt Kenseth on the final lap and lost to the driver he replaced in the Gibbs No. 20 to start this season.

Jones of course, has two Snowball Derby victories and three Winchester 400 crowns on his resume, so the Slinger Nationals would be icing on the cake.