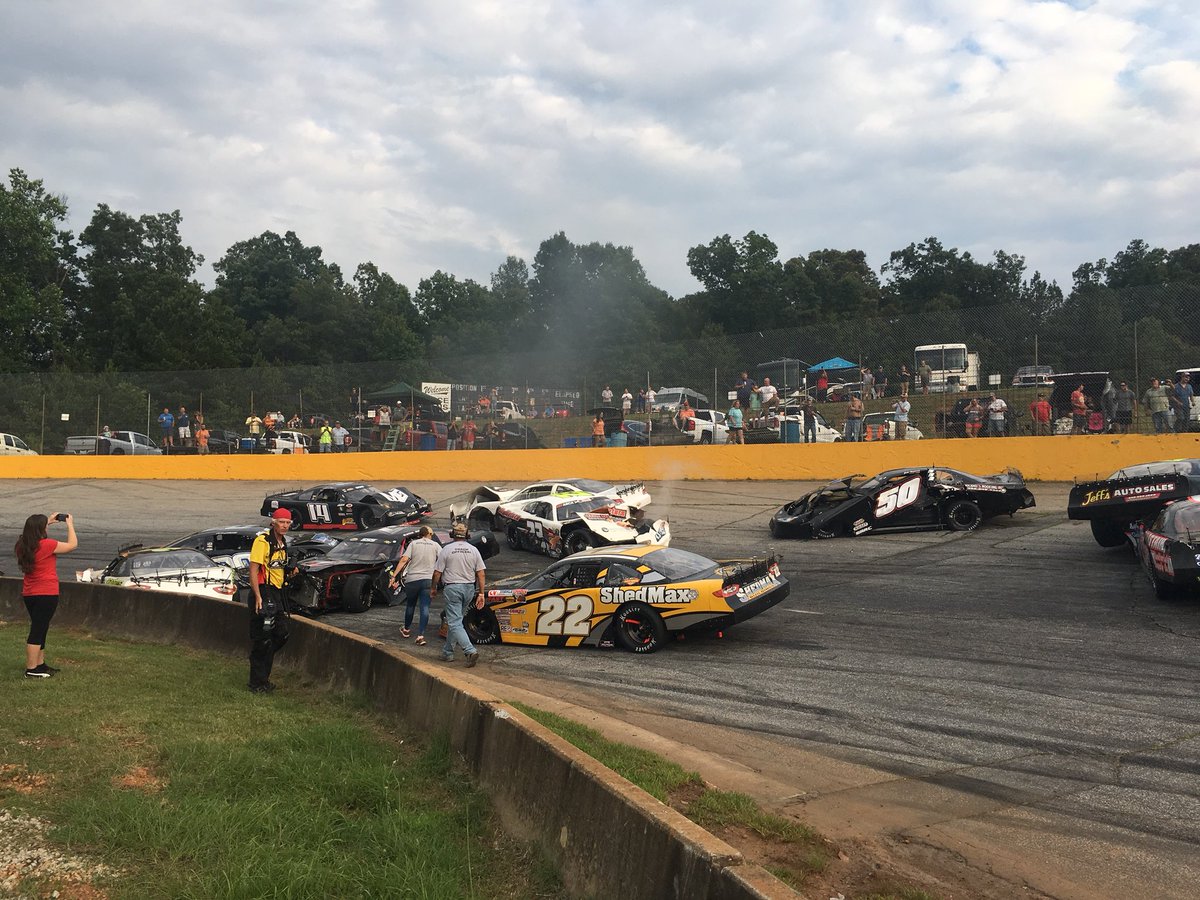 Second-place starter Kyle Plott did not get going in front of Steven Wallace at the start and stacked up the outside line on the frontstretch. Corey Heim in eighth in ran into the back of Matthew Craig and the entire field from 10th on back stacked on top of each other into Turn 1.

Collin Allman even got air in the incident.

All told, 12 drivers were involved, sideways and on top of each other before a single lap could be completed. The list of involved drivers were Anthony Sergi, Connor Okrzesik, Jett Noland, Shane Chastain, Lee Tissot, Darrell Gilchrist, Harold Croom, Hudson Halder, Allman and Heim.

Plott later said that his transmission would just not go to third to fourth gear coming across the line.

For his part, Heim entered as the Southern Super points leader and was fourth in the CARS standings. He took a hit in both tours on Saturday night.

“Someone missed a shift or restart games,” Heim said. “I don’t understand why we have to stack up 10 cars on the start. That’s all.”

Steven Wallace had the best view of what happened in front of him.

“Coming to take the green and the car in front of us missed a shift,” Wallace said. “So I had to let off to give us some room. I’m not sure if it were a missed shift or a transmission issue.”

Sergi came all the way up from central Florida.

“I just saw everyone check up,” he said. “I think I heard someone say (Plott) missed a shift. It’s bad luck for us. I thought we had a good car. We ripped the right rear shock mount because someone couldn’t shift on the start.”

Chastain said he tried to veer left and then right but could only jam on the brakes and hope to avoid it. He didn’t, losing his radiator in the process.

“Pretty much,” he said. “All you can do is just hit the brakes and hope for the best. There was just no way.”

A replay of the incident can be found below