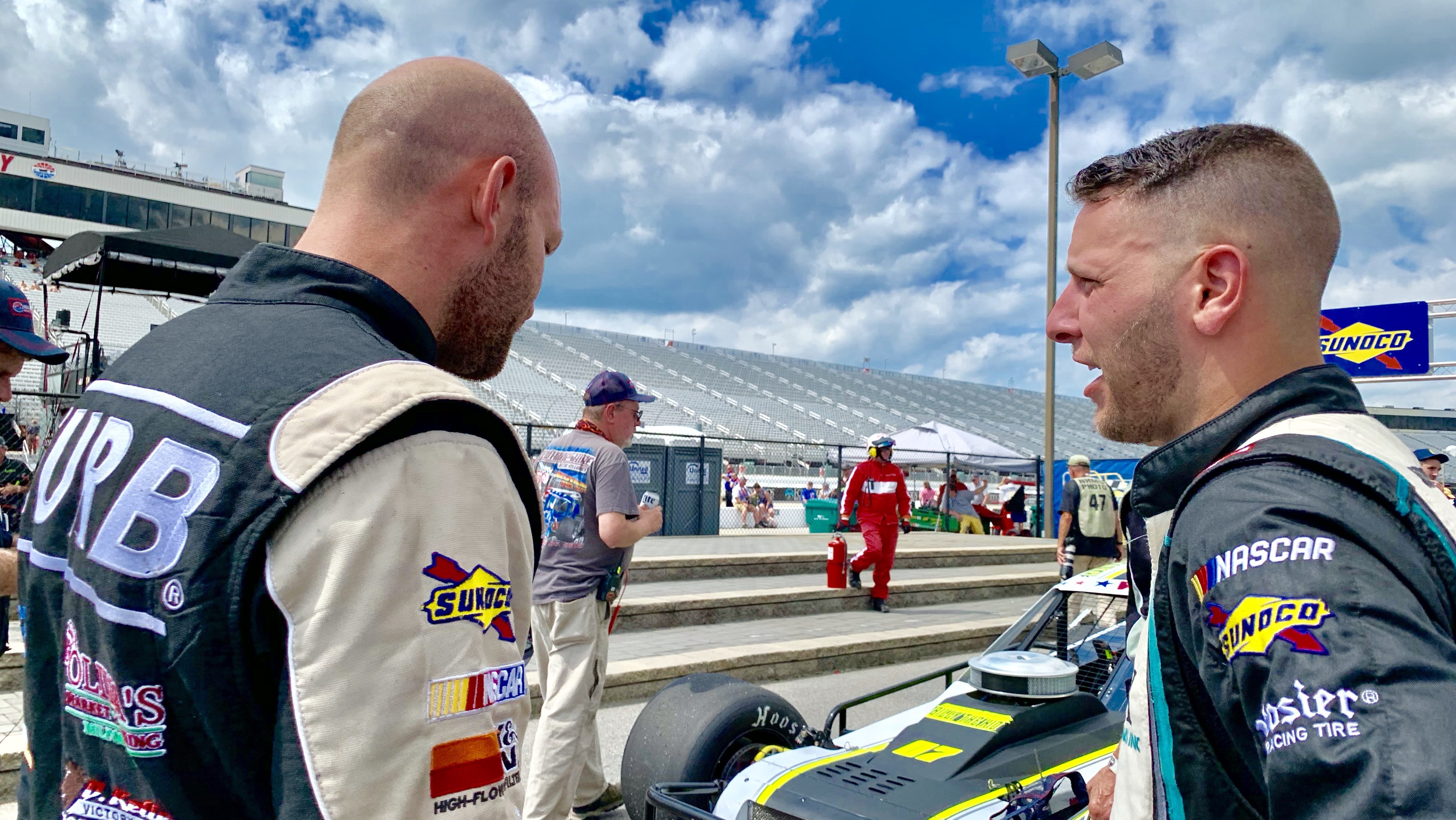 The Massachusetts native has won three of the last four Whelen Modified Tour points events at the 1.058-mile oval, the last one coming last July when he beat Chase Dowling by inches.

The shoe was on the other foot Friday, as Santos lost out on his second All-Star Shootout win to Patrick Emerling by just 22 thousandths of a second. Santos made a cross-over move underneath Emerling as the two came off of turn four, but the run wasn’t enough for Santos to make the winning pass.

“I could’ve handled it 10 different ways,” he told Short Track Scene. “I could’ve tried to hold the outside. But I didn’t know if he was gonna run us to the fence. I went with, I think, the safer move on trying to cross back under him. Just put it in the back of your head for tomorrow.”

It was a run, however, that certainly boosted Santos’ confidence for tomorrow. The All-Star Shootout was the first run for Santos in Dave Sapienza’s No. 36 car. Santos is slated to fill in the rest of the season for Sapienza, who injured his back in a last-lap crash in the Tour race at Wall Stadium.

“It was good to have a shakedown race before tomorrow,” Santos said. “First time ever sitting in their race car. That was awesome. We gelled right away. They’re great people, they’re very good with communication, so we blended in quick.”