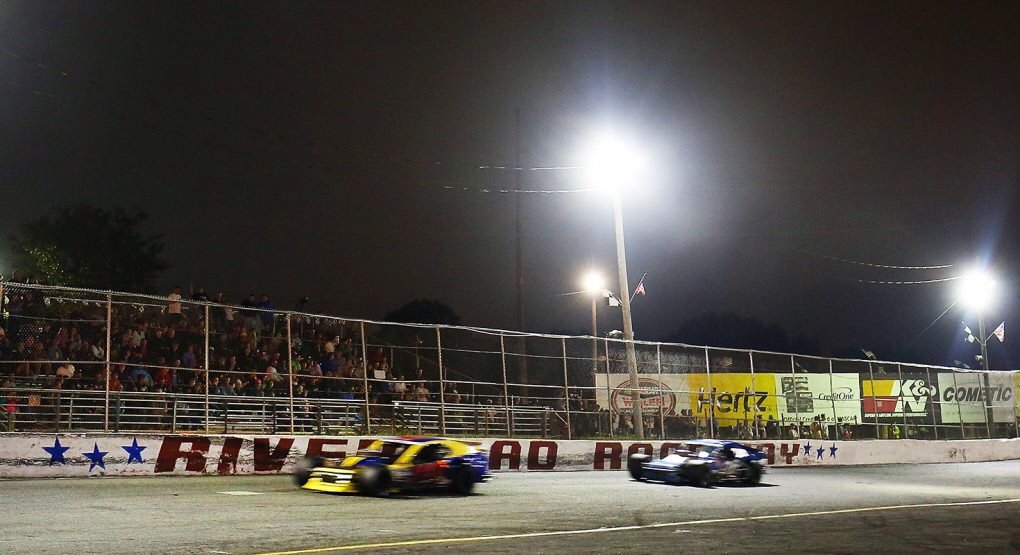 For the second time this season, NASCAR Whelen Modified Tour teams will unload at Riverhead Raceway on Saturday night.

The New York quarter-mile will play host to another crucial race in the championship points battle, as one of the final four races of the 16-race schedule.

Justin Bonsignore might have three straight NASCAR Whelen Modified Tour wins at his home track, but the local favorites are itching to steal bragging rights. Bonsignore was running second in July, when a late caution closed him to the bumper of track favorite John Beatty Jr. In a two-lap dash, there was some classic short-track banging, and Bonsignore came out on top.

But Beatty will be looking for redemption on Saturday. He will bring a similar package to the New York oval, and will have plenty of other locals joining him in the field.

Current Whelen All-American Series Modified points leader Kyle Soper is entered in the No. 95 for Wayne Anderson, and he’s on a roll at the quarter-mile this season. Soper has won seven races, and leads the standings by 66 points heading for the final few weeks. Chris Young, John Fortin Sr. and Roger Turbush are also planning to compete.

In the Whelen Modified Tour championship battle, five-time series champion Doug Coby leads by 37 over Bonsignore. Coby was leading when contact sent him spinning in July, and he still is without a victory at Riverhead in 18 previous starts but has come close. He’s finished inside the top six in his last five starts at the track.

Ron Silk is third, 44 points back, well within striking distance if Coby stumbles. Much like Coby, Silk is winless in 15 career starts at Riverhead, but he finished fourth in July.

Saturday’s action will also include a slate of NASCAR Whelen All-American Series racing.

The maximum tire allotment available for this event is eight (8) tires per team. Four (4) tires must be used for qualifying and to begin the race. The tire change rule is zero (0) tires, any position.

STS Report Card: Our Picks for the Best of Short Track Racing in 2020