Josh Berry is the South Carolina 400 Favorite, But … 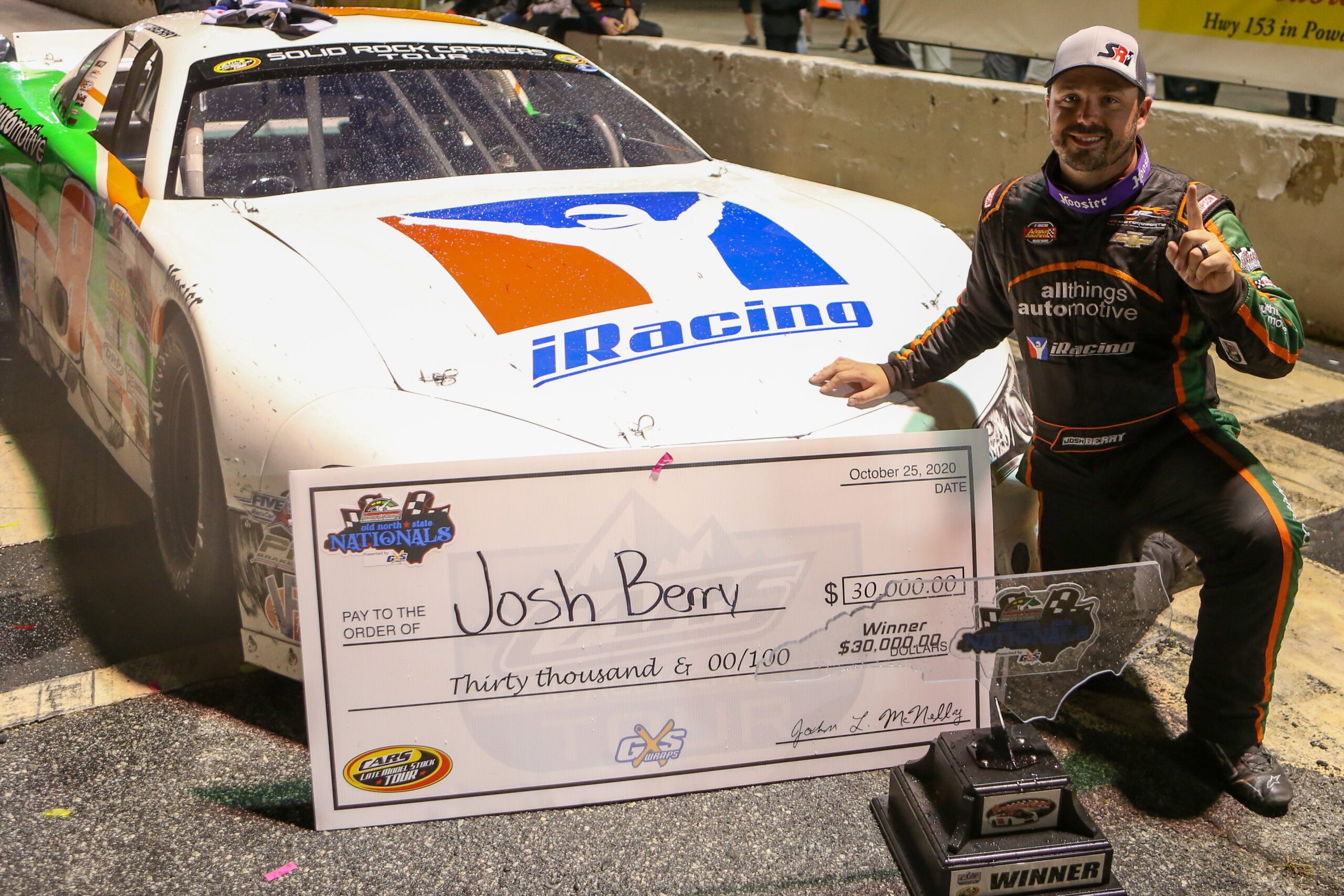 Everyone says they’re chasing Josh Berry and the JR Motorsports No. 8 on Saturday in the South Carolina 400 at Florence Motor Speedway.

“Maybe in their own minds,” a confident Timothy Peters said in response to the sentiment.

Berry is the favorite to win the inaugural replacement race for the Myrtle Beach 400 even if the general manager and veteran racer from Nelson Motorsports isn’t willing to prematurely crown them. After all, Berry is the reigning NASCAR Advanced Auto Parts Weekly Series champion and has won races all across the Mid-Atlantic.

“Yeah, he’s been really good all year,” Pulliam said. “They’ve had a really good year. I’ve had those kind of years. You hear people say, ‘they’re doing this’ or they’re doing that,’ but point is, when you’re on fire and you have something that is working, it comes easier.”

So, what has Peters so confidence that the 8 isn’t the clear-cut favorite?

The 40-year-old veteran finished second to Nolan Pope in the inaugural CARS Tour race at the track in October and led 55 of the final 56 laps, but just didn’t conserve enough tire as the Lee Faulk Development Racing No. 1 passed the No. 12 on the final corner.

“We had the car to beat and messed up behind the wheel and that cost us the win,” Peters said. “We’ve had a month to work on our stuff, and overall speed, we’ve gained as an organization, so we’ll see what happens. ”

Justin Johnson qualified ninth in the CARS Tour race in the Boyce McCaskill No. 08 and was running inside the top-10 until a mechanical failure forced him behind the wall.

The 33-year-old views Berry as the favorite, too.

“(Sam) Yarbrough is going to be tough as well,” Johnson “Josh is the one to beat until he proves something different,” I guess.

Berry won’t accept the label but he knows he’s good and will have a shot to win the race.

“I think so,” Berry said. “It’s taken me awhile to figure this place out. I think we have a really good car. I’m not sure how the race is going to play out. There’s tire wear but it’s not as bad as Myrtle Beach, but the format is exactly the same as The Beach.

“So, there’s a lot that I’m not sure about until we race. We just have to keep the tires under it.

“For me, myself, I wish we were racing right now, because our car is better when the sun is out. None of us have practiced at night, so it’s hard to say.”

Pulliam is driving the No. 78 car typically raced by his client, Corey Heim, who couldn’t make the trip this weekend. The 32-year-old is typically serving as crew chief, so he knows what this car needs. Pulliam also made a one-off start at Florence in October so has also adapted to the track.

He was also a master of Myrtle Beach style tire management.

“The first 100 to 200 laps are going to be about tire management and riding,” Pulliam said, but the last 25 laps, there will be a lot of beating and banging. Probably a lot of cautions. I just think you have to be at the right place at the right time.

“You’re going to have to manage the rear tires, but you can burn off the front as well.”