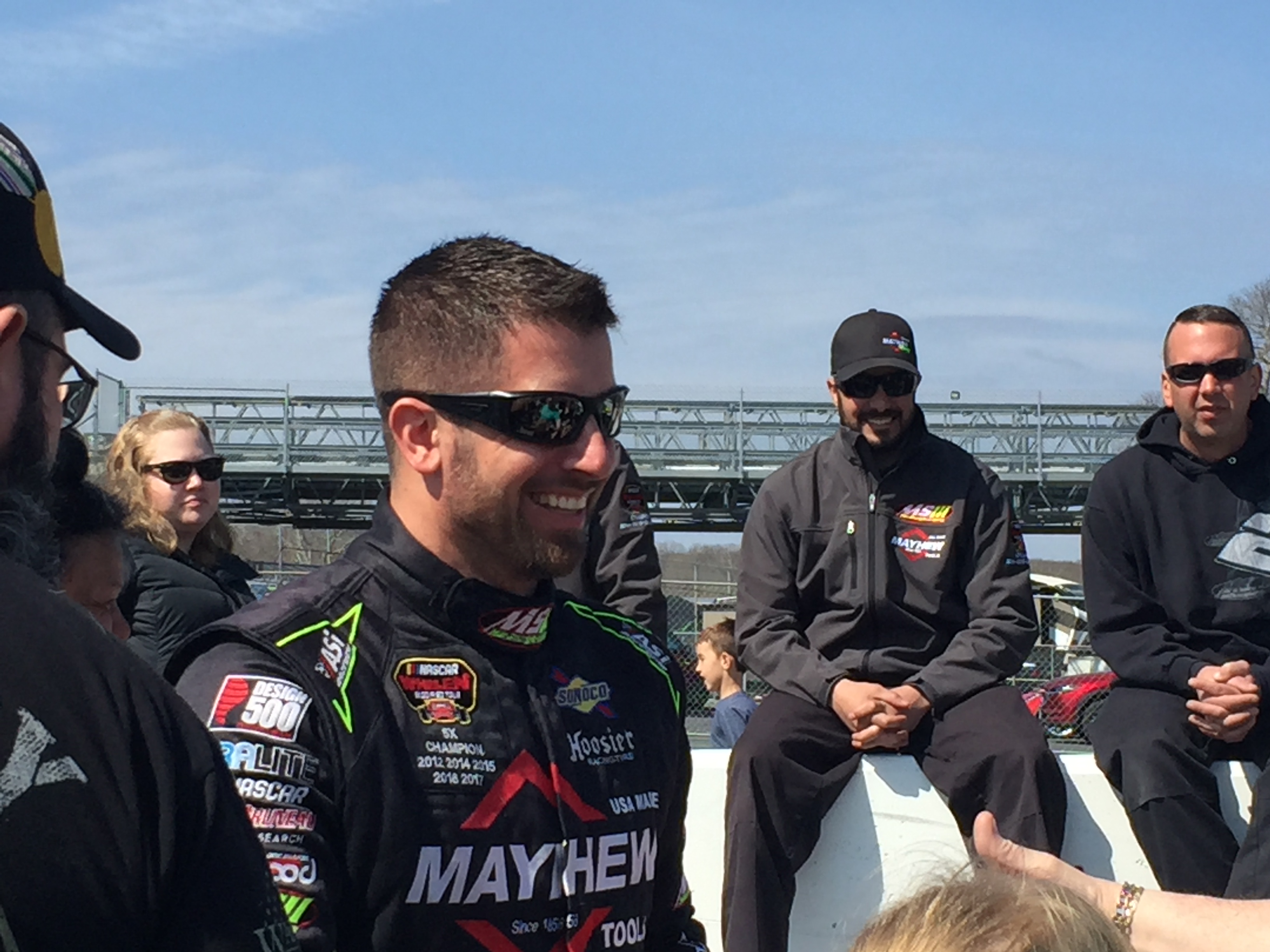 Doug Coby won the pole. He led the most laps.

He did not, however, win the Icebreaker 150.

A caution on lap 100 brought all 14 of the lead lap cars to pit road. It seemed that Coby had won the race off of pit road, but the five-time Whelen Modified Tour champion was sent to the rear of the field for running over an air hose while leaving pit road.

“I guess [the crew] had too much pit hose out there, and then when they came back across the nose, they couldn’t get it all away from the left front tire,” Coby said. “I just ran over it a little bit of it… it is what it is.”

Coby managed to drive through the field all the way up to fifth over the course of the remaining laps.

Despite the win at Myrtle Beach and the dominance at Thompson, Coby feels the team is not yet where it needs to be.

“You gotta win the race,” he said. “Justin [Bonsignore] won eight races last year and we handed him one this year… The bottom line is, if we want to win at Thompson, everybody’s gotta step up and do their part. It was a mistake. I’ve made plenty of mistakes.”

Nonetheless, Coby leads the Whelen Modified Tour standings by seven points as the series heads to Stafford in three weeks for the Spring Sizzler.