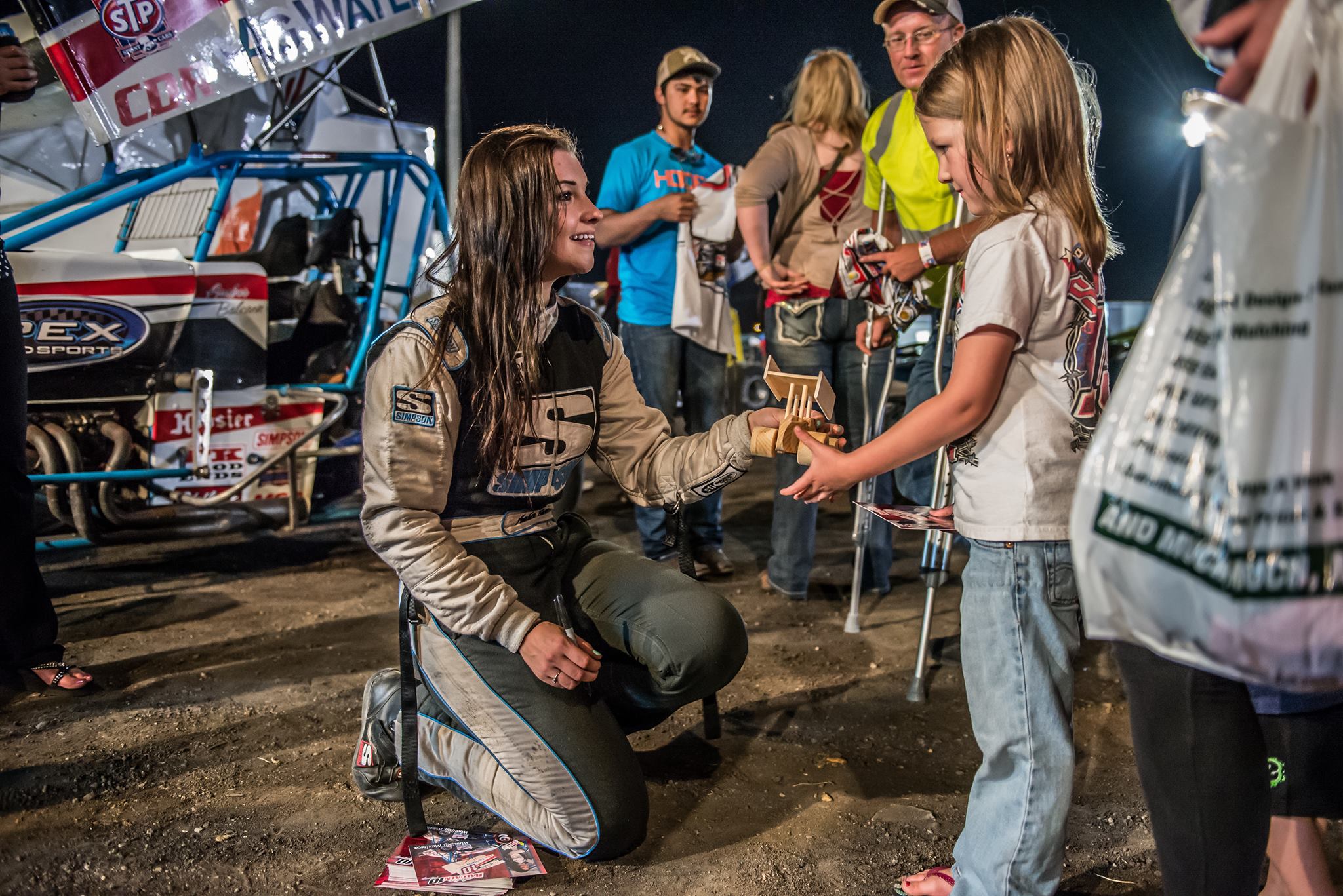 Balcaen, 24, from Winnipeg Manitoba in Canada, has made a couple of starts in the Southeast Limited Late Model Series, making her debut in a preliminary at Myrtle Beach Speedway last November.  On Saturday night, she will make her first start in a NASCAR sanctioned race when she competes in the very competitive Limited Sportsman division at Motor Mile Speedway in Radford, Virginia.

Balcaen made the decision to team up with Pulliam, who helped guide Julia Landauer to a Limited Sportsman championship at Motor Mile last year.

“Basically, I wanted to make the next step in my career and wanted to be with a good team,” Balcaen said.  “Did all the research I could and, seeing how successful Lee Pulliam has been in his career and with people who race with him.  I need to be in good equipment to run well and this was the best road to take.”

Balcaen has already done some testing with Lee Pulliam Performance and is excited about joining the team.  She feels that she has the talent and the team has the resources, to score a victory on Saturday night.

“I’m super excited,” Balcaen commented.  “Unfortunately, I don’t have sponsorship for the entire season yet. I’m still seeking sponsorship.  I’m super excited to race with Lee.  It’s a first class team and I’m excited to be working with a team with this much success and respect.  They’re great people and it’s great to run with this team.

“This will mark my first NWAAS race tomorrow and I have very big hope.  I don’t want to walk away with anything less than a win.  They’ve got good cars and I’m a good driver, so I expect to be in victory lane.”

Having run two Limited Late Model races, Balcaen has already picked up on where she feels she needs to improve as a driver.  Her main focus has been improving in qualifying so she can start toward the front.

“I think what I’ve learned the most is how important qualifying is and that’s what I need to improve on is qualifying and that’s something we’re working on,” Balcaen remarked.  “Hopefully I get a good qualifying run tomorrow because that’s definitely where I’ve struggled.”

Balcaen says one of the best things about working with Pulliam is that there is no significant age difference.  The two share common interests and the same sense of humor and communicate well with each other which, in Balcaen’s words, makes it more fun.

“I think it’s a huge asset and even communication and everything, it’s just more fun too,” Balcaen explained.  “We have the same sense of humor.  I’ve only been with him the past few days but it’s exceeded my expectations.  Amazing team to race for and we have a lot of fun.  We know when to be serious and put in the work but we’re also able to have fun.

“In a sport that needs this much time, commitment and money, you better be having fun.”

Balcaen will race in the 50 lap Limited Sportsman race at Motor Mile Speedway’s season opener on Saturday, April 16th.  Pulliam, who is surprisingly winless on the season so far, will compete in the twin Late Model Stock Car feature races.  Prior to testing on Friday, both Pulliam and Balcaen appeared on the morning news show for the local Fox affiliate in Roanoke, Virginia.