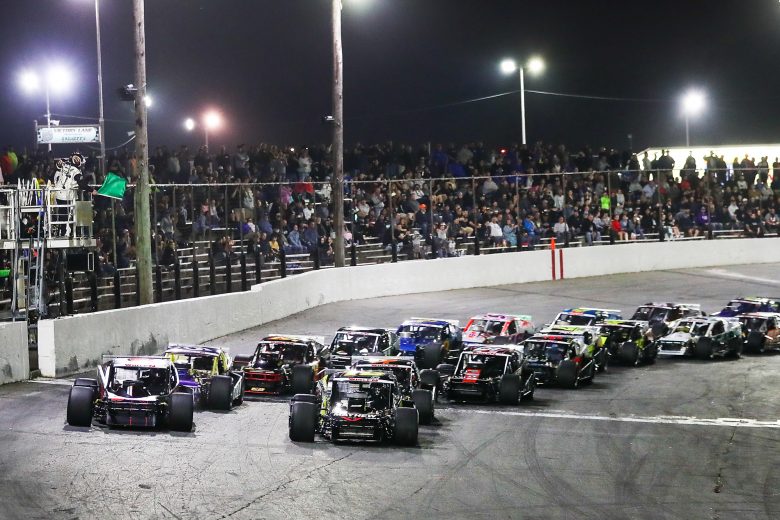 LFR Chassis have dominated the NASCAR Whelen Modified Tour for the past several seasons, but the question of who owns the design rights appears very much up for debate.

Both Rob Fuller of LFR and Darius Grala of Fury Race Cars claim that the designs for the cars that have dominated the Tour belong to their respective businesses.

Fuller says that Fury has no claim to five-time Tour champion Doug Coby’s race-winning car at Seekonk because it was built in 2015 — by what was then LFR Chassis.

“At the end of the day, Doug Coby’s car and chassis were manufactured [at LFR Chassis] in North Carolina,” Fuller said. “I don’t know why they’re claiming stake to that car.

Fuller also says that while Fury built the chassis for Justin Bonsignore’s second-place Seekonk car, it was sent to Ed Flemke’s shop, Race Works Chassis to be altered before being shipped north to LFR itself.

“That chassis was manufactured by Fury… It was brought to Massachusetts and assembled. So the car is an LFR car. The design of the chassis is LFR, and the manufacturer of the roll cage and the chassis was Fury. Everybody knows this. It’s no secret who was manufacturing my chassis… If they believe they own the rights to that car, I can’t control their beliefs. I did an asset purchase, I didn’t sell the company. They didn’t want to buy the company, they told me the brand wasn’t worth anything.”

LFR Chassis existed from 2014 to 2016 as a chassis manufacturer.

In August of 2016, Fuller sold manufacturing equipment and intellectual property to Fury. After the transaction, Fuller created LFR Enterprises, a customer service business that provided assistance to modified teams that had made purchases from LFR. Fury and LFR worked together until May of this year, when it was announced that LFR and Troyer would merge. Citing a conflict of interest, Fury announced that LFR was no longer a dealer of Fury-made cars.

Fuller says that design changes have been made to the modifieds produced by LFR since that agreement was signed.

Grala maintains that the whole issue hinges on the fact that there were two companies named LFR.

“We won a lot of races and championships with them and that part was great. We enjoyed working with LFR to compete against Troyer, and now we will enjoy competing against Troyer and LFR combined. That’s just fine. That’s what sports is all about.”

“I don’t have any comments or opinion on it,” Coby said of this story.

“Everybody’s got my decals on the car,” he said. My customers chose to do business with me and have them build the race car. If they wanted to support Fury, they could put a Fury decal on the car. The car is what it says. All of those cars said ‘LFR.’ They are LFR cars. It’s just that simple.”

No matter what, Fuller also says that Fury simply lacks the expertise and knowledge of modifieds that he possesses.

“At the end of the day, it’s clear that they focus on late models and that they don’t focus on modifieds,” Fuller said. “That’s up to me. I’m the guy that does all of the customer service. I do all of the designs. I do all of the sales. That was my side of it. They can’t do that. They don’t have the knowledge and experience that I have. I don’t know if they think that they’re just gonna start selling cars because now they think they know modifieds. It’s not as easy as just selling something. It’s not automobile sales. It’s a service these customers need.

“If they think they’re going to accomplish what LFR’s accomplished over the past five years in six months, they’re crazy. Just not going to happen.”

Opinion: Thompson oval changes a slap in the face to short track fans and racers

STS Report card: Our picks for the best and worst of short track racing in 2019