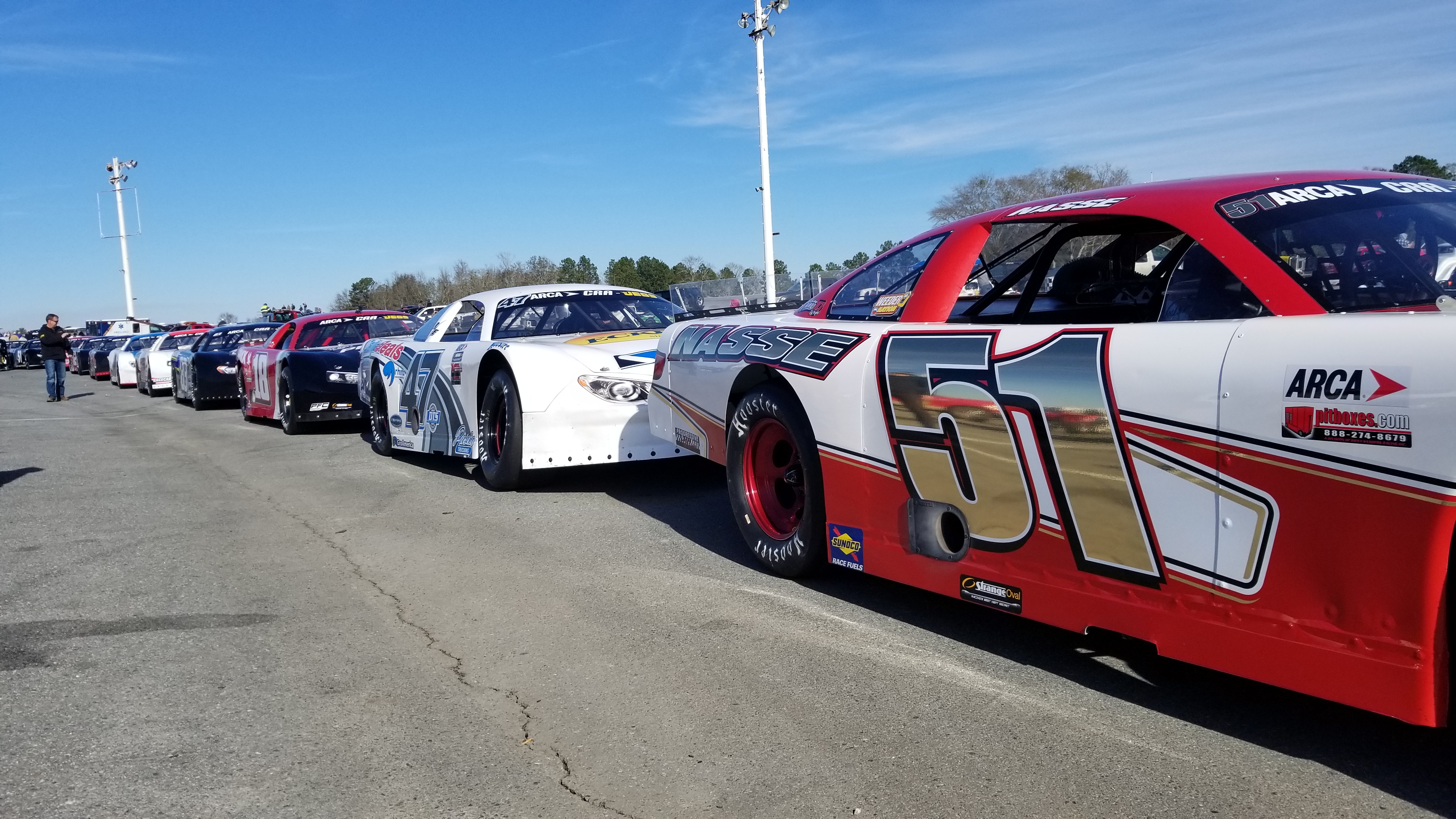 The drivers’ meeting for the CRA Speedfest Super Late Model race on Saturday at Watermelon Capital Speedway turned into a debate about the state of short track rules-making and yet another chapter of the next-generation body debate.

The Gen-6 body has not yet been approved by the group of promoters and technical inspectors that make-up the ABC Committee. That group includes the CRA’s Glenn Luckett and Souther Super Series director Tim Bryant — who was also present during Saturday’s drivers’ meeting.

The new body has only been approved for a handful of weekly tracks, in addition to the Pro All-Star Series and TUNDRA Series.

READ MORE: Why the ABC Committee and AR Bodies will not approve the new body

“I’m all about rules making sure everybody’s on the same page,” Pollard said during the exchange. “I want to come to the race track and make sure we’re all here on the same page. But I look at dirt racing and I look at asphalt. When you create rules, you create a monster. We’re going to find ways around it just like NASCAR. NASCAR has been ruined because of rules. Your average racer can’t go race anymore because he’s got to pay somebody to go put a body on it or do this or do that.”

Pollard added that the state of the sport, and his place in it, keeps him up at night. Pollard has frequently advocated for drivers and team owners to form their own council to consult tracks and sanctioning bodies when it comes to the matter of rules and sustainability.

When approached by Short Track Scene before Saturday’s Super Late Model race, Pollard said he had no further comment.

“I said everything I needed to out there,” Pollard said.

Rival drivers Casey Roderick and Stephen Nasse both said they felt Pollard chose the drivers’ meeting to have a back-and-forth with Luckett because he wanted to have something akin to a town hall meeting.

Pollard even suggested doing a series of hand votes on competition related topics before Luckett called the meeting to a close.

“I’m not surprised he did that at all,” said Roderick, the reigning Southern Super Series champion.

“All of this comes down to money. Drivers need to stand up for what they believe in, and get a greater say-so in the decision-making process.”

Conversely, CRA managing partner RJ Scott said he wasn’t comfortable with Pollard holding a public forum in that moment because he felt the figurative bully pulpit would pressure drivers into being afraid to have a differing opinion.

“And then they pull us aside privately and tell us how they feel, and with the smaller teams, it’s not always the same as what Bubba or Kyle wants. They tell us that these bodies or engine regulations could force them out of the sport. We have to listen to them too.

Luckett said he had a private meeting with Pollard after the drivers’ meeting to make sure there were no hard feelings, but also to explain why that wasn’t the best forum.

“It was very positive and very productive,” Luckett said. “But also, we had a very tight schedule because we didn’t impound our Pro Late Models last night. Having that conversation right there would have compromised the track and their show.

“I told Bubba that I understand what he was trying to do, and we’re going to try make an effort to have the conversation he wants to have. “

On the other hand, Nasse said it was a conversation that needed to take place right then and there.

“It was awkward at first,” Nasse said. “I don’t think they were understanding what Bubba wanted to do at first. It did get cut short with the tech and schedule, but I wish they would have heard what the drivers had to say.

“I think Bubba feels like when you get these promoters one-on-one, they say something different. I like what Bubba was trying to do. He wanted us to be honest with each other and about the direction things are going right now. We had a really impressive group of racers here today, and they cut us short, and I really hope something comes us this before the season really gets going.”