The Super Late Model rookie followed up a track championship at Oxford with his first PASS North touring win at the historic speedplant. 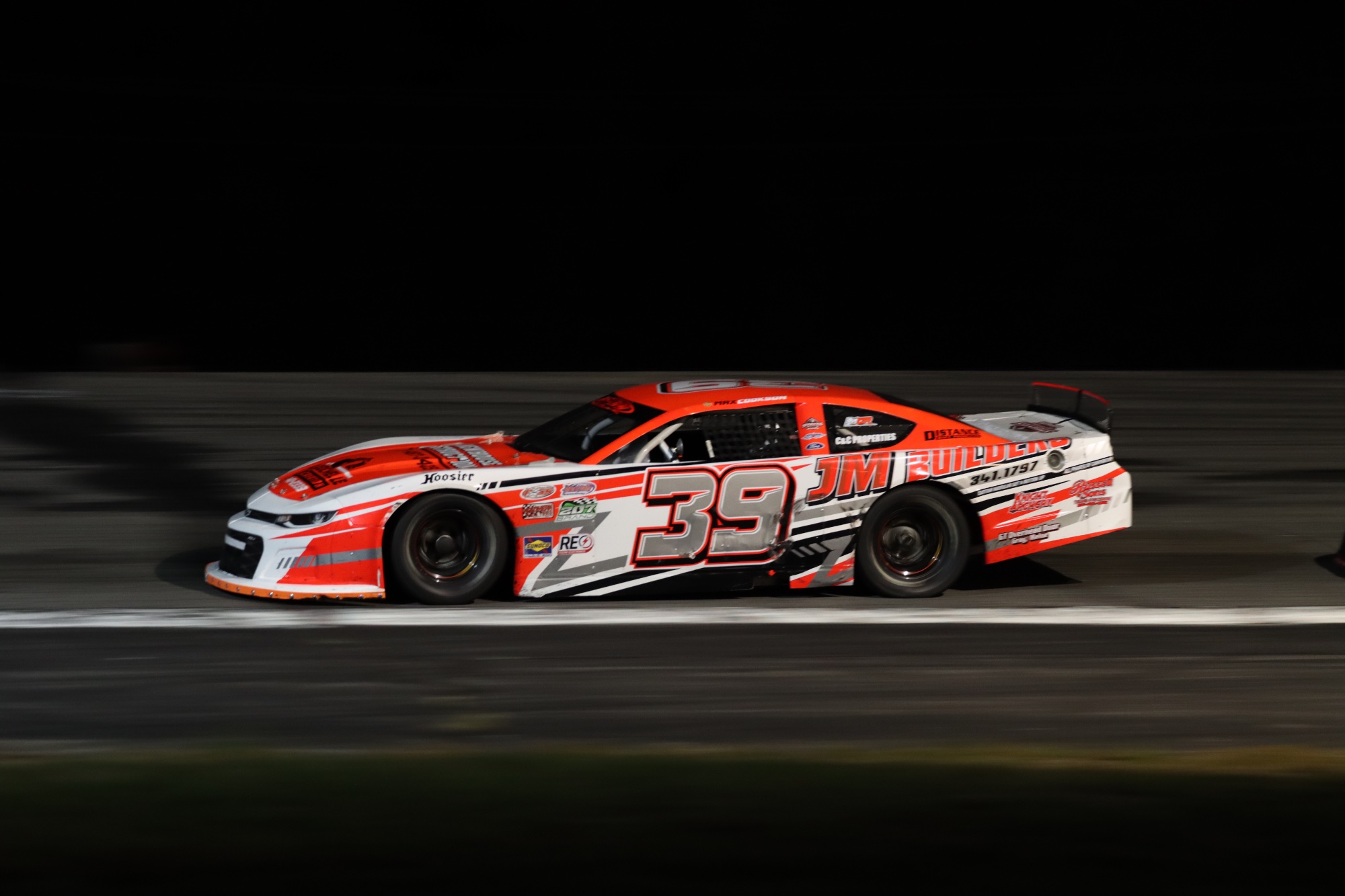 In April, Max Cookson made his Super Late Model debut in style, winning the season-opening race at Oxford Plains Speedway. And as the legendary Maine oval wrapped up its season this weekend, the fast rookie claimed a bookend victory.

And in Cookson’s rear-view mirror, three championship hopefuls kept their battle as tight as can be entering the final race of the year in two weeks.

The Pittsfield, Maine phenom has wasted little time climbing the racing ladder, making his first touring starts in a PASS Modified in the second half of 2020. Since then, Cookson has been on a tear. Six PASS Modified wins in 2021 propelled Cookson to his first touring championship, after which his family sold the Modified and replaced it with a Super Late Model. Multiple feature wins at Oxford and season-long consistency earned the rookie a track championship in 2022.

Rather than savor the track title, Cookson hit the road, gaining experience for a full-time PASS North effort in 2023. The young racer had already run all the PASS features at his home track, finishing an impressive fifth in August’s Oxford 250.

Saturday’s feature was another home game, and Cookson was eager to put a season’s worth of schooling on display.

Some tense moments arose in traffic late in the going, allowing 2019 Oxford track champion Gerry to close in on the rookie. But Cookson was steady down the stretch, cruising to his first PASS North touring win and his fifth-straight top-ten finish.

Gerry came up short in his bid for a first PASS win since late 2020, but the ten-time PASS feature winner picked up his best finish in five touring starts in 2022.

DJ Shaw was best among the touring regulars with a third-place finish. Defending race winner Dennis Spencer, Jr. raced to a season-best fourth. Johnny Clark, absent at Thunder Road and Thompson Speedway, returned to round out the top five.

Only 31 points separated the three full-time challengers entering the Oxford weekend. Kuhn will carry the points lead into the season finale at New London-Waterford Speedbowl on October 29, but both MacDonald and Brown are easily within grasp of the title. With Shaw and Clark mathematically eliminated after skipping races earlier in the year, fans are assured of a first-time series champion being crowned in Connecticut.

In the meantime, fans were treated to a fourth first-time winner in 2022, with Cookson joining Austin MacDonald, Brown and Kuhn in claiming first PASS victories this year. Cookson’s victory, though, stands out as the most surprising. His run in the Oxford 250, plus a command performance at Thunder Road that was stopped short by late-race contact, branded the young racer a future winner. But few expected it would happen so soon.

Instead, Cookson has set the bar high for his rookie campaign next year. And if his last few finishes are any indication, he is well poised to meet the challenge.