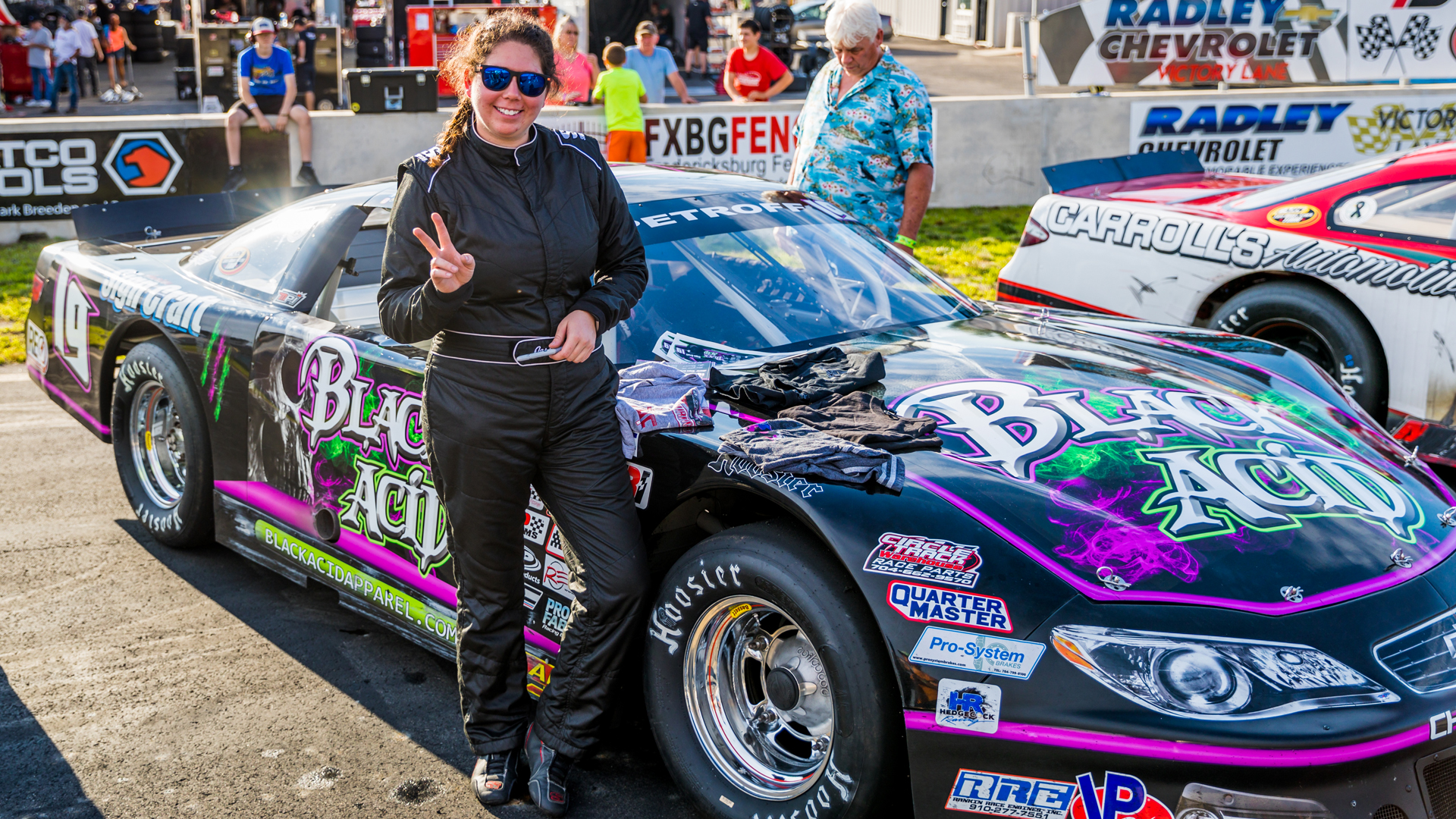 Jessica Cann, in only her second season of racing, has shown steady improvement in her four career starts in the CARS Tour, and now she intends to keep improving when the series heads to Bobby Watson’s Carteret County Speedway on Saturday night for the Crystal Coast 125.

Cann, 26, from Waxhaw, North Carolina, began her racing career last year, running in Limited Late Models and learning the fundamentals of Late Model racing.  This season, she decided to make the leap to the CARS Late Model Stock Tour.

“Last year, we ran in Limiteds in some junk cars to get familiar with what a racecar is, what it means to push on the gas, brakes, using the clutch, and all the different elements that go with racing,” Cann said.  “This year, we’ve upgraded to new, better, faster equipment.  It’s all about getting experience on how to race this year.  I’m familiar with the car, and now I’m getting experience with how to race and learning from some of the best Late Model Stock Car drivers in our area.”

Her eagerness to learn is beginning to pay off.

Last month, Cann scored her career-best CARS Tour finish, a 16th place finish at Langley (Va.) Speedway – a track that shares many characteristics with Carteret County Speedway.  However, despite that Langley experience, Cann has never raced at Carteret County.

“I have no expectations at all as far as information about the track or about how our car is going to do at the track because it’s a different ballgame,” Cann remarked.  I’ve heard that Carteret and Langley are very similar and I’m expecting the setup to be similar to Langley, except Carteret has a little bit more of a straightaway than what Langley has.”

This weekend, Cann will continue to focus on her progression with her only expectation being to get more experience.

“We’re just there to get experience,” Cann continued.  “Even if I got there on Saturday and got the pole, I would still be starting in the back because that’s not what I’m there for.  I’m there to learn from the rest of the field.”

Despite being a newcomer on the racing scene, Cann is becoming one of the more recognizable people in the CARS Tour because of her popular custom apparel business, Black Acid Apparel.  Black Acid has a presence at Carteret already, having supported Mini-Stock racer Kris Hetu in the past and designing shirts for Mini Cup racers Carmen and Morgan Odum.

The Black Acid name and a unique design Cann has on her Late Model Stock are inspired by the 1988 cinematic classic “Who Framed Roger Rabbit.”

“The name actually came from the movie ‘Who Framed Roger Rabbit.’  In the movie, there is acid and when they get in the acid, they start melting away.  Originally when I started, I wanted to have that scene of the cartoons melting on my car but it just ended up being too busy, so we kept the name, changed the design.”

Cann is one of over 25 drivers who will take the green flag in Saturday night’s Solid Rock Carriers Crystal Coast 125. For those unable to attend, CARS Tour TV will have live coverage available on its streaming service.