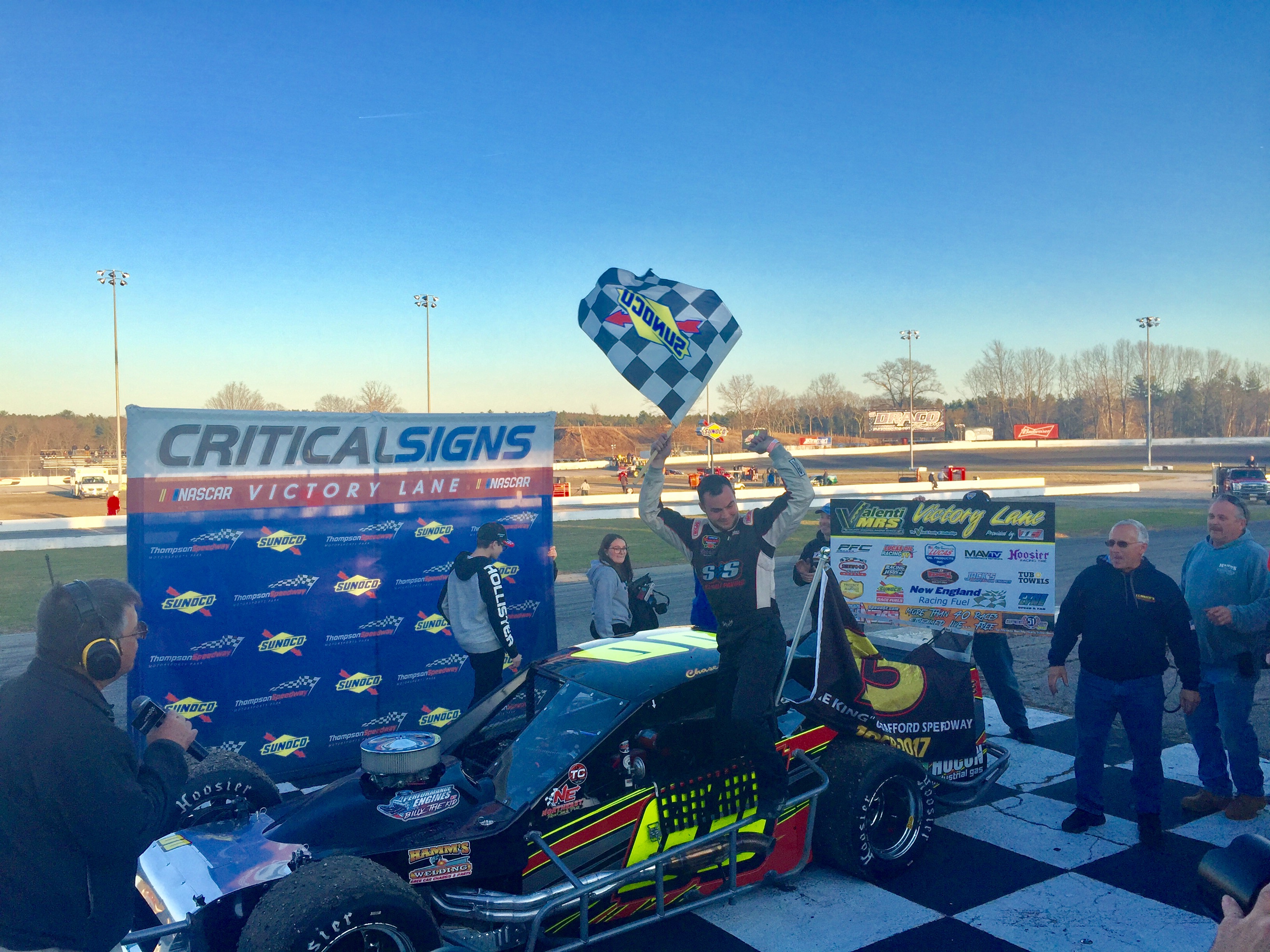 For the first time in his Valenti Modified Racing Series career, Chase Dowling took the checkered flag after a back-and-forth battle with Ronnie Williams, who finished second, followed by Mike Willis Jr. in third.

An emotional Dowling paraded a black-and-gold No. 13 Ted Christopher the track during a Polish Victory Lap.

“When an owner calls you from of probably the greatest driver in modifieds… it means a lot,” Dowling said after the race. “Last year, we finished second four times in a row… I wasn’t gonna lose this one.”

The race was filled with caution flags, culminating with a three-lap run to the finish. Dowling stayed even with Williams on the restart before muscling his way to the lead coming off turn four, leading the final two laps and taking the victory.

“[The crew] really needed a win,” Dowling said. “They’ve been busting their tails week-in and week-out… We’ve got a small group, but it’s got a big heart in it.”

The Valenti Modified Racing Series will race next at Monadnock Speedway on May 4.