Corey Heim dominated much of the race, leading a race-high 114 laps, and was on his way to his second victory of the season. In the final 10 laps, Riggs closed down a two-second gap and made his move on the backstretch, diving to the inside of Heim into Turn 3. The two drivers traded paint racing back to the checkered flag with Riggs leading the final lap – the only lap he led all race.

“The last little part of the race was pretty much a blur for me,” Riggs said in Edelbrock Victory Lane. “I know we were at about 15 to go and I feel like I was giving it pretty much my all. I didn’t want to start spinning or sliding my tires that early, but then I saw (Corey) sliding and decided I had something for him. I began running that funky line diving in low and coming off high almost like a dirt track, trying to find grip. It ended up working out for us.”

Saturday’s win was Riggs’ fourth career Solid Rock Carriers CARS Tour victory. The victory also represented redemption for Riggs, who lost this same race a year ago when Bobby McCarty moved him from the lead in Turn 3 on the last lap. It was also his first CARS Tour win since Kingsport Speedway in July 2018 and a much-needed confidence boost.

“It’s been a dry spell,” Riggs said. “We’ve been counting, it’s been over two years now. I feel like we’ve had really good runs. We’ve been up front, we just couldn’t get that monkey off our back. We finally kicked him and stomped on his head today. We have a lot of confidence going into Carteret and I’m looking forward to it.”

With his first win of the year marked off the list, Riggs will now head to Carteret County Speedway where he has had a lot of success – racking up $23,000 in first-place winnings in 2018 and a runner-up finish in the 2019 Solid Rock Carriers CARS Tour race there.

While Riggs was celebrating, Corey Heim rued another heartbreaking loss at Langley Speedway.

“I don’t know, I thought I raced Layne clean. I’m not saying I wouldn’t have done what he would for the win, but just from what people have been telling me, it’s pretty rough. That’s part of it. You come to a short track and race tight and race hard and that’s what’s going to happen and we were on the wrong end of it tonight.”

Jared Fryar preserved his points lead with a third-place finish. He gained ground on Connor Mosack in the process.

“I’m looking forward to going to Carteret after having a good run tonight,” Fryar said. “I didn’t feel we were where we needed to be, but to come out third after that was not bad at all. I’m happy with it. It was a very good night. Anytime you finish on the podium with these CARS Tour guys is good. This is some of the best competition.”

Mini Tyrrell, who has also had a lot of success at Carteret County, continued his strong 2020 season with a fourth-place finish while Blake Stallings finished fifth. Bobby McCarty, Nolan Pope, Connor Mosack, Jonathan Findley and Chad McCumbee rounded out the top 10. 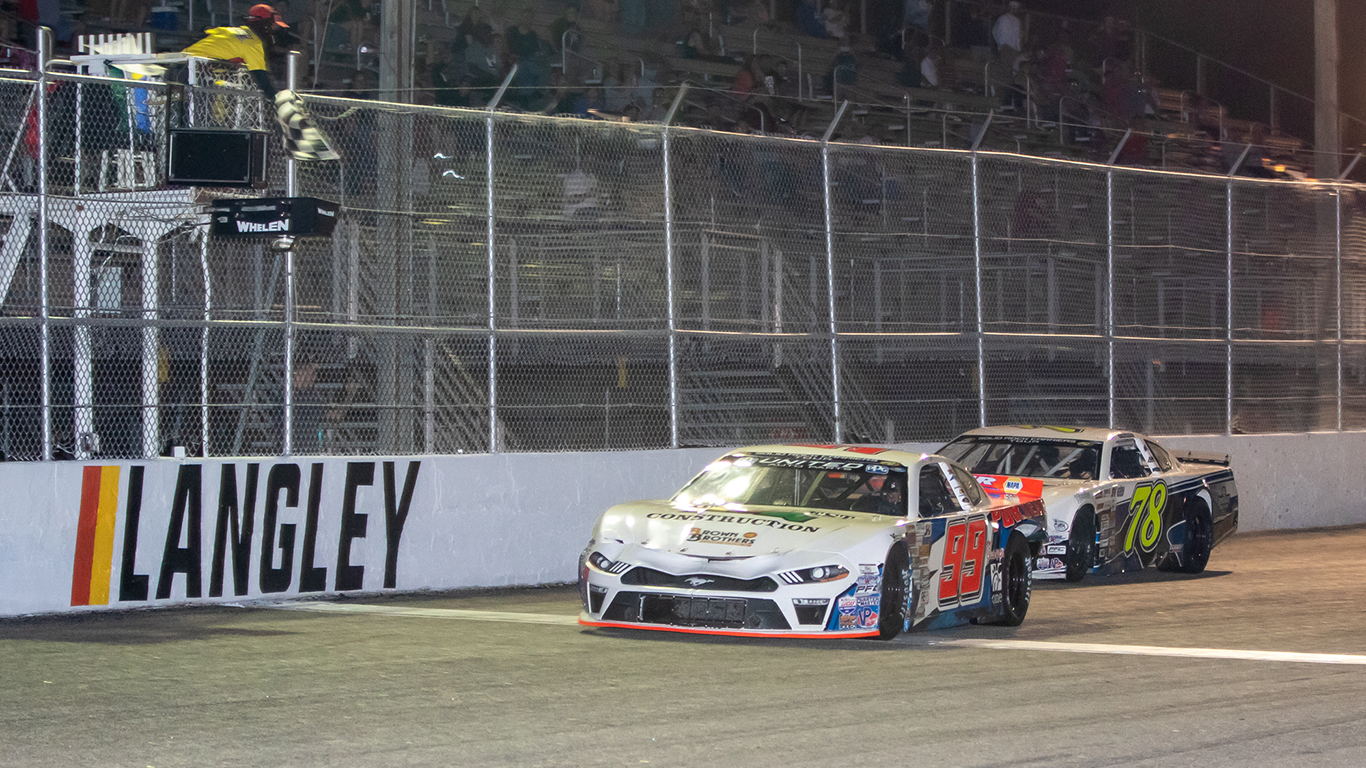 Doiron Dominant at White Mountain for First PASS Win Since 2017