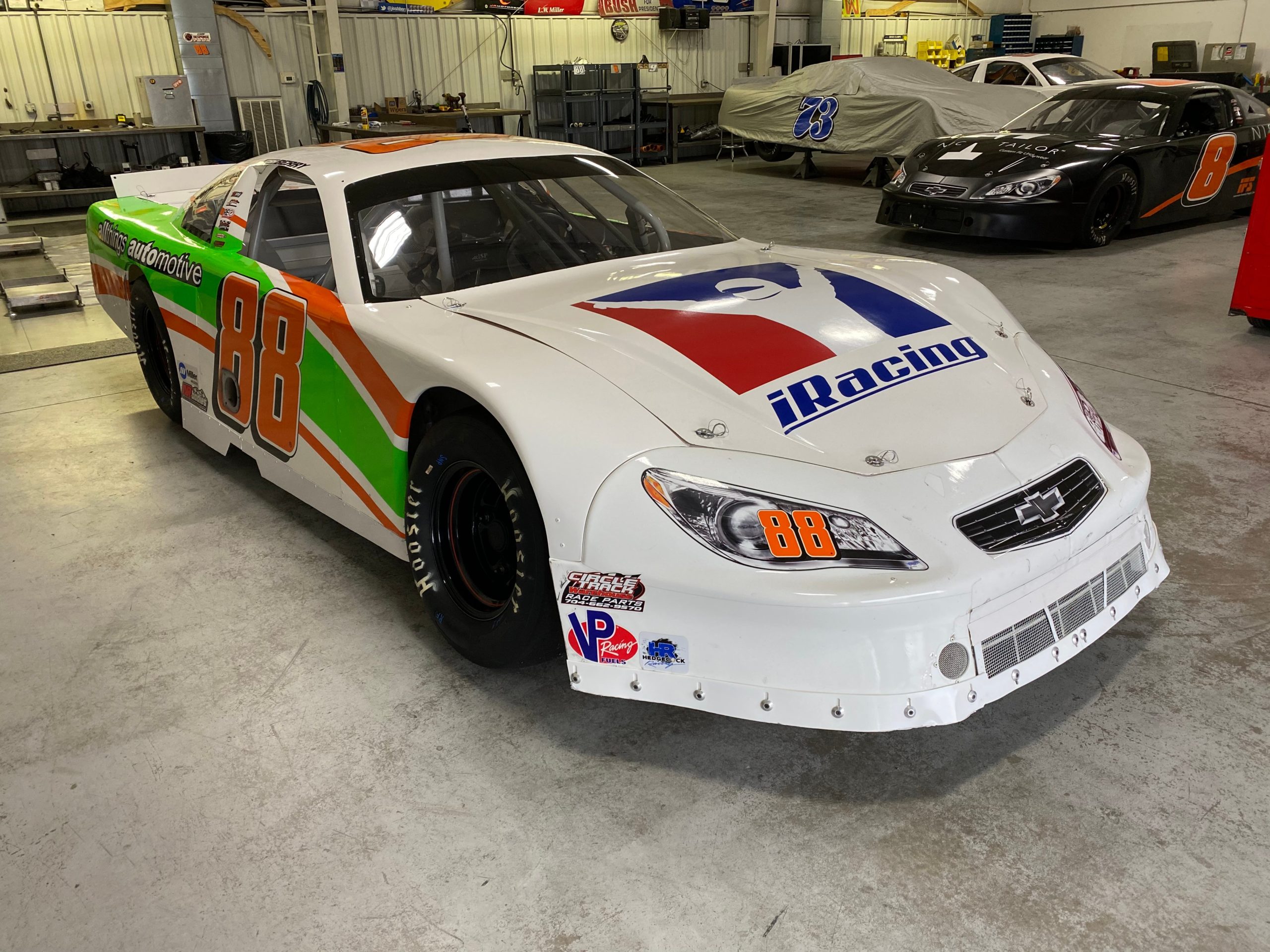 In many ways, JR Motorsports is synonymous with the CARS Late Model Stock Tour.

Team co-owner Dale Earnhardt Jr. has a deep commitment to the Late Model Stocks platform and lead driver Josh Berry has served as the face of the six year old series born from the ashes of the old Pro Cup Series.

Berry holds the record for most wins, poles, races led, laps led and money earned. He is the 2017 champion and came just one point short of winning a second championship after a four-win campaign in 2019.

Instead, it was Bobby McCarty of Nelson Motorsports going back-to-back.

But Berry won the most coveted prize in Late Model Stock racing last season, leading every lap of the prestigious ValleyStar Credit Union 300 at Martinsville Speedway. The 29-year-old from Hendersonville, Tennessee is excited for an encore performance.

“I’m excited to be back and pick up from where we left off last year,” Berry said in a team press release. “We had an amazing 2019 season and we are working to try to continue that success. Mark Thomas and All Things Automotive are back with us for a third straight season as the primary sponsor. We’ve been able to win a lot of races together.

“He knows the sport very well, having been in it for quite a while, and he’s always been supportive of me and of JR Motorsports. We’re looking for bigger things yet this season.”

Berry will also be joined by a new partner in iRacing — a fitting partnership considering Earnhardt first met his longtime driver through online sim racing in the mid-2000s. iRacing has a storied history in Late Model racing, too, appearing on the hood of Ty Majeski’s 100-race winning Super Late Model.

Berry will be joined at JR Motorsports this season by Connor Mosack, the 21-year-old who spent last season racing Limited Late Models at Hickory Motor Speedway.

Mosack first joined the team for the CARS Tour finale at South Boston last November and finished 12th. He will drive the No. 8 that Adam Lemke and Sam Mayer took to victory lane in 2019 with sponsorship from Nic Tailor Custom Underwear and International Foam Supply.

“I’m ready to get going, and have been for a while,” Mosack said. “I think we can run up front in a lot of these races, even though the competition in the CARS Tour is pretty tough. I’m feeling more confident after a week in Florida during Speedweeks. I’m looking forward to it.”

In addition to serving as its annual full-time driver, Berry is also the general manager of the team’s driver development program. That has generally meant working with teenagers until this season.

“I really like Connor,” Berry said. “He’s a little older, we’re a little closer in age, and that makes it easier to talk. We’re excited for him. He has a season of Late Model racing under his belt and he just came off a great Speedweeks down at New Smyrna. It’s a good fit for him, we really like him and his family…we really want him to do well this year.”

In addition to the 10-race CARS Tour schedule, Berry will serve as a mentor to Mosack in 10 other marquee races — including the ValleyStar 300, Myrtle Beach 400 and Hickory Fall Brawl.

“After a full year of experience at Hickory, running the whole season, I think we’ll be a lot better,” Mosack said. “We had some good looks at wins at the end of the year last season, and especially at the non-CARS Tour races, we should be pretty good.

“I think we can get a couple of wins this year, not necessarily in the CARS Tour, but I think I can run top-five there. I would be happy with that. Certain tracks where I’ve raced before, I think we can be up front and fighting for wins here and there. The non-CARS Tour races that we run, I expect to be running up front and having a shot at winning some of those races.”

The first CARS Tour event of the season is set for 3 p.m. on Saturday at the Southern National Motor Speedway in Kenly, North Carolina.

“I just want to keep continuing our success,” Berry said. “(Winning at) Martinsville was a huge accomplishment for us, but there are still some big races out there to win. The Old North State Nationals at Orange County in April is one I’ve circled. I want to stay competitive, compete for the championship in the CARS Tour.

“Last year we came up one point short, which is disappointing, but we had a phenomenal year and it’s hard to be disappointed over it. Maybe we can have a little better season points-wise and get some wins along the way. I hope I can bring my little girl to the track a couple of times this year and share and experience that with her.”

Team manager Bryan Shaffer will call the shots for Mosack this season, as Ryan Vasconcellos will continue to do for Berry.