The Autodrome St. Eustache winner is targeting a championship in his second season driving for Scott Steckly … 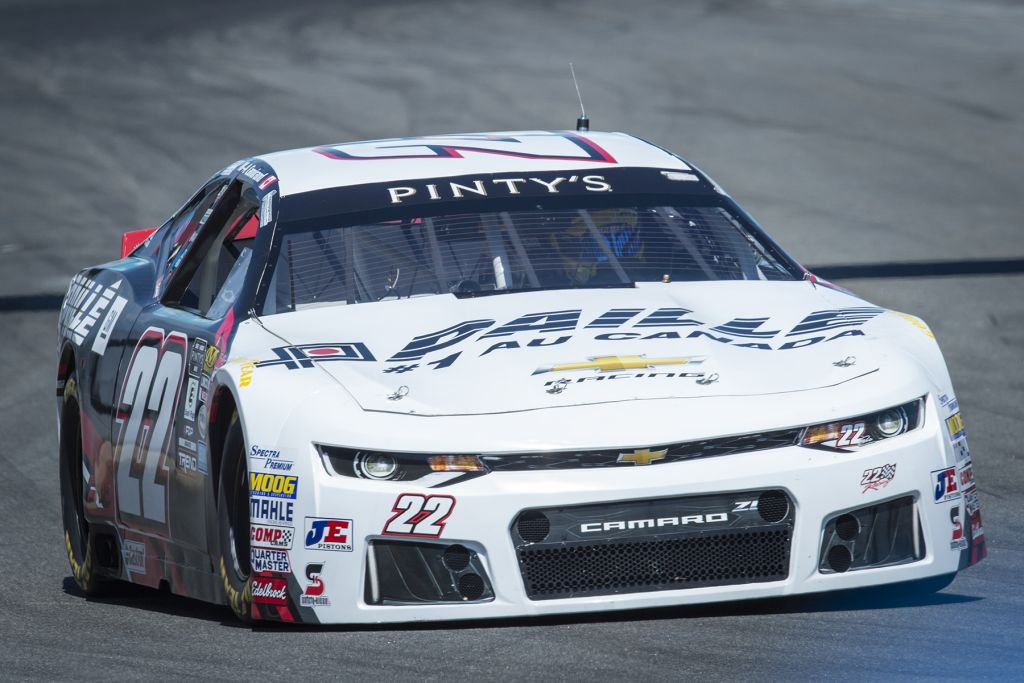 Marc-Antoine Camirand, GM Paillé and team owner Scott Steckly will again team-up in 2019 to chase a championship in the NASCAR Pinty’s Series in the No. 22 Chevrolet Camaro.

The tandem first worked together in 2017 to the tune of four races and then a full-time season in 2018, which resulted in a victory at Autodrome St. Eustache and a championship run that fell apart over the final fiveraces of the season.

In fact, Camirand was second in the standings for most of the season before a crash at Mosport buried his chances.

But retribution is in sight as the No. 1 General Motors dealer in Canada has signed-on to support another season with Camirand and team owner Steckly — himself a four-time series champion.

“I’m so happy to carry this winning association with GM Paillé. In motorsports, nothing is more valuable than a sponsor who shares our passion and who cheers on us always to go further,” said Camirand in a press release. “GM Paillé’s team is passionate and professional, and it’s an honor for me to wear its colors.”

The driver from Saint-Léonard d’Aston, Quebec has a relationship with GM Paillé that goes back to 2016 and the Grand Prix de Trois-Rivières.

Each year with that partnership has produced better results and now Camirand is targeting a true championship run. He will do so with new crew chief Warren Jones and two car chiefs in Brian MacDonald on ovals and Yvan Turcotte on road courses.

“I got my first win last year at Autodrome St-Eustache, and through the season, I proved that I could be very fast, both on ovals and road courses,” he said. “Now, the ultimate goal is to win the NASCAR Pinty’s championship, and I think that everything is in place to achieve it.”