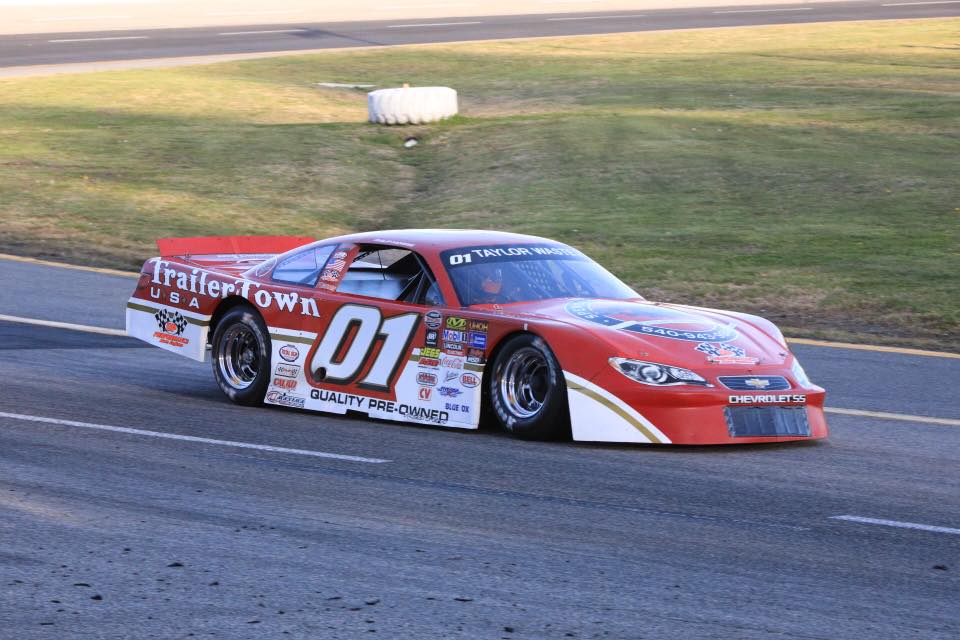 Philip Morris swept both ends of a 75-lap doubleheader but it was the way in which he won the second that drew the ire of rival drivers and fans alike. Seven laps into the nightcap, he seemingly drove over debris from an incident, apparently puncturing a tire that led to a slow leak that eventually caused him to spin with 10 laps to go.

After Morris spun, the four-time NASCAR Whelen All-American Series champion was allowed to pit for newer right side tires — in a four-tire event.  Typically, in tracks across the region, officials will let a driver swap a punctured tire for a scuffed counterpart and certainly not a pair of newer tires.

A protest was filed by second-place finisher Connor Hall, but the results were made official shortly afterwards by race control.

When pressed for comment by Short Track Scene, a track official eventually explained the decision-making process that led to the tire change, but that same official also said the statement could not be recorded and transcribed.

Additionally, that official provided pictures of Morris’ tires, clearly showing a cut in one and a piece of debris lodged in the other. However, the official would not allow the photos to be published because “that’s not how I do business.”

“I had a tire go down and it started bouncing and I still tried to get out of the way and we ended up going three-wide and the guy behind me just got into me and turned me around,” Morris told Short Track Scene. “I don’t know what they have to protest, the tire was flat, and it took six men to put the jack under it.

“They already confiscated the tires, and that’s the rule, if you get a flat you can come in and change it, I feel for a lot of people out here who are having a hard time dealing with it.”

“I guess the same guy who is going to run for the national title can spin out by himself and change a right rear tire and come back and win a race with ten to go, and the scrub the letters off the tire on the victory lap,” he said. “Its short track racing, I guess you are going to have those politics.”

When Short Track Scene followed up after the race, pushing for the images to be made public, that request was again denied.

NASCAR Whelen All-American Series tracks in the Carolinas and Virginia utilize the twin feature format to allow drivers to double-up on points-paying races that count towards the national championship.

The incident garnered the attention of several Langley competitors and one national superstar:

I was asking @joshberry why we didn’t roll up there. Glad we didn’t. #noTireRules

This whole deal just makes every competitor look like an idiot

Twin races are a joke for national points #SorryBoutIt